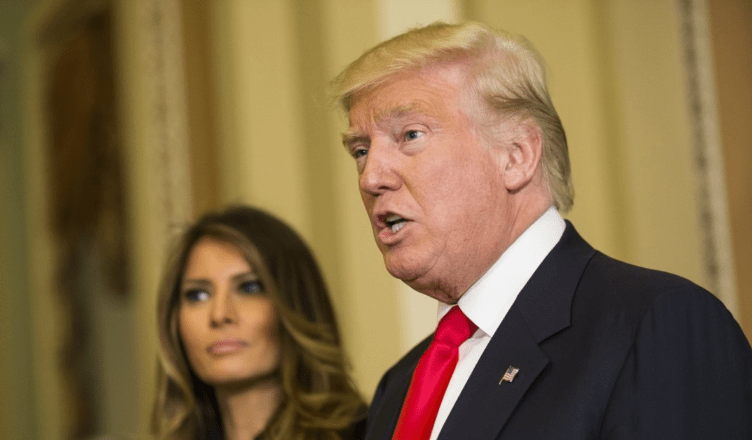 Former President Donald Trump said during an interview over the weekend he has not asked Florida Republican Gov. Ron DeSantis if he plans to enter the race for the GOP presidential nomination in 2024.

But were DeSantis to do so, Trump said he believes he would come out on top.

“I don’t know if Ron is running, and I don’t ask him,” Trump told The New Yorker in an interview. “It’s his prerogative. I think I would win.”

Of course, it’s not the first time Trump has fired a warning shot at DeSantis, a former congressman who has risen to prominence among Republicans in recent years as he uses his perch in the Florida governor’s mansion to pursue a laundry list of ultra-conservative policies.

Trump has repeatedly teased a 2024 presidential bid since leaving the White House last year. In his interview with The New Yorker, he said that he was “very close to making a decision” on another campaign.

Still, DeSantis’s own potential political ambitions have irked Trump, who endorsed him during his 2018 gubernatorial bid and believes that he is responsible for DeSantis’s political success.

Trump has often hinted strongly that he’ll make another White House run, while DeSantis has not ruled out a future presidential bid.

However, the Florida governor has slapped down any notion that he’ll seek the White House in 2024, saying his preference is to finish his work as governor.

That said, polling for both men consistently shows Trump in the number one spot with DeSantis running No. 2, often very close behind.

And the former president has teased DeSantis as a running mate, even as he has pushed back on reports that there is tension between the two men.

Trump was pretty clear former Vice President Mike Pence has likely cost himself a spot on a potential Trump 2024 ticket with his declining to contest the 2020 presidential election.

“I think Mike has been very hurt by what took place with respect to Jan. 6,” Trump told O’Reilly and the crowd. “I think he’s been mortally wounded, frankly, because I see the reaction he’s getting from people.

“They say: ‘Why didn’t he just hand it back to the legislatures? Why didn’t he do it?’” Trump continued. “I think Mike would be tough.”

Trump did mention Sen. Tim Scott, R-S.C., the lone Black Republican senator, as a candidate, after reports he had visited Mar-a-Lago for meetings with Trump this fall.

“You have many, you know, they have been in the news all the time,” Trump continued. “Should it be a woman? Should it be – I’ll tell you somebody who’s great is Tim Scott. A lot of people love Tim Scott. He’s great, a great person.

“But I think we have a lot of people. I’m not going to get into it exactly.”

In November, POLITICO reported that Trump said many people were “begging” to become his vice president.

“They’re all begging me. They all come here,” one adviser, who spoke anonymously with the outlet, said Trump told them.

“Once you get past those two issues — loyalty and Trump going more with his gut — Trump has a lot of leeway in who he would pick,” said Tony Fabrizio, Trump’s lead pollster in 2016 and 2020.

“He’s not necessarily looking to balance the ticket geographically, but what he can do is pick to balance gender, race, ethnicity — a lot of different lanes there,” said Fabrizio, who is polling for a Trump-affiliated super PAC. “It could be everything from a Tim Scott in South Carolina to an Asian American in California, somebody Hispanic in Texas. There are so many choices and paths. And there’s lots of time to go.”