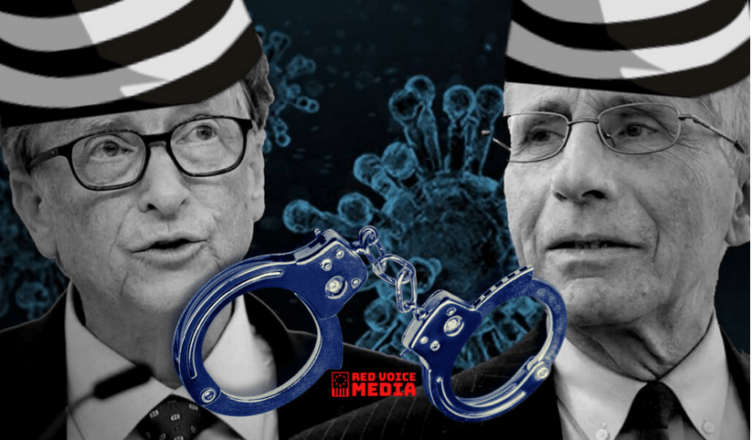 “He wouldn’t be killing America’s children and Canada’s children with a lipid nanoparticle vaccine.”

Although the Biden administration warned Americans about the resurgence of monkeypox currently spreading throughout several countries, including the United States, Dr. Anthony Fauci apparently isn’t done with the COVID-19 pandemic as he recently released a video of him informing people to get the jab and wear masks. It isn’t breaking news that while many suffered through the pandemic, people and companies like Pfizer, Dr. Fauci, and even Bill Gates made a sizable fortune. Having been criticizing the COVID-19 agenda for some time, Dr. Ryan Cole admitted that the Bill and Melinda Gates Foundation was nothing more than a money-making machine with incredible power.

Speaking with Bright Light news, in the video below, Dr. Cole was given an update on what the foundation has been doing in recent months. The interviewer stated, “Bill Gates his ability to predict the future. He specifically stated we will be coming out with a program where we have $461 million, he announced this at Davos at the World Economic Forum, in donations already to fund a project to help us effectively bypass the regulatory process. And it predicted warp speed, genetic vaccines coming out, it’s incredible.”

The doctor was sure not to leave Dr. Fauci out either, adding, “And if you look at Fauci who sat on the Foundation’s board before, with Gates, and at the Milken Institute in 2017. Rick Bright and Fauci were like, ‘Well, gosh, if we had a pandemic, we could go ahead and emergency authorize this new mRNA technology’, knowing that Moderna was zero for eight go into bat. They had never made a hit. They never got a product market before – ever. Because the technology isn’t ready for humanity. Like I keep saying it’s not. Fauci knew it wasn’t going to work, but what the heck, let’s just try it on humanity, see what happens.”

And for those who might not know who Dr. Cole is, his bio reads, “Dr. Cole is a board-certified dermatopathologist (AP & CP) and the CEO/Medical Director of Cole Diagnostics. He has worked as an independent pathologist since 2004. Some highlights from his CV: Ackerman Academy of Dermatopathology (July 2002-June 2003): Dermatopathology Fellowship (Chief Fellow). Mayo Clinic (July 1997-June 2002): Resident in Anatomic and Clinical Pathology. Chief Fellow, Surgical Pathology Fellowship. Medical College of Virginia (1993-1997): Researched immunology. Served as President of Student Family Practice organization. Coordinated activities and seminars on the practice of family medicine and rural medicine. Earned MD in 1997.”