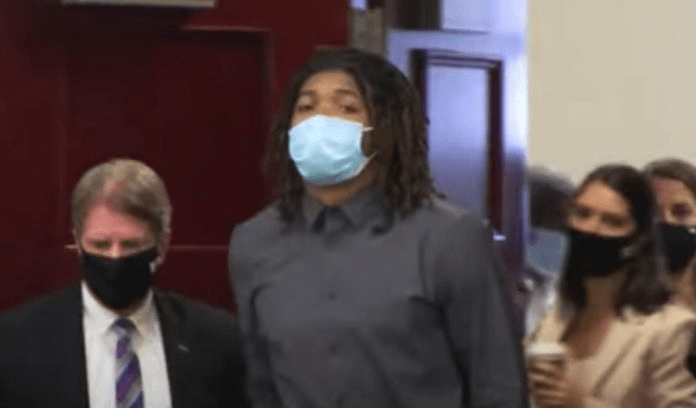 A jury in Virginia found 19-year-old Isimemen Etute not guilty of a charge of second-degree murder in the 2021 death of Jerry Smith.

40-year-old Jerry Smith was allegedly pretending to be a 21-year-old woman on Tinder named Angie Renee who worked as an room physician.

Smith allegedly continued this stunt during a sexual encounter as Smith performed oral sex on Etute. Taking the stand at trial, Etute said he felt “violated” when he discovered that the Tinder match he believed to be a woman was actually a man.

According to the defense attorney, Smith had been “controlling the entire environment and the entire episode” and even “demanded that it be dark.” Police found a knife under his mattress “in case there was something awry.” It was hidden between the man’s mattress and box spring.

As Etute became engaged, he testified that Smith reached for what he believed was a gun. However, Smith did not own a gun as it was a knife.