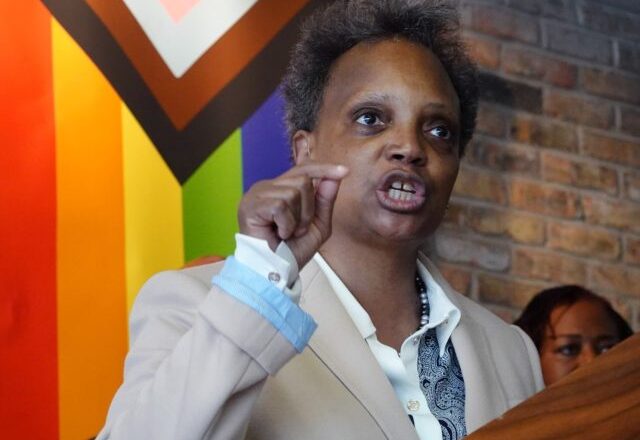 Twenty-five people were shot, five of them fatally, during the weekend in Mayor Lori Lightfoot’s (D) Chicago.

Breitbart News reported at least 15 people were shot, three of them fatally, Friday into Saturday alone in Lightfoot’s Chicago.

The first of those the three shooting fatalities was a 5-month-girl who was shot in the head, fatally wounded, while sitting in a vehicle Friday about 6:45 p.m.

There were two more shooting fatalities Friday, one at 11 p.m. and another just after 11:30 p.m.

The fourth fatal shooting of the weekend occurred 4:30 a.m. Sunday, when a man was fatally shot while exiting his car “in the 1300-block of West Roosevelt Road.”

The weekend’s fifth fatal shooting took place “in the 300-block of South Pulaski Road” Sunday about 1:30 p.m., when two men opened fire on a CTA bus. A man was shot in the head and killed.

AWR Hawkins is an award-winning Second Amendment columnist for Breitbart News and the writer/curator of Down Range with AWR Hawkins, a weekly newsletter focused on all things Second Amendment, also for Breitbart News. He is the political analyst for Armed American Radio and a Turning Point USA Ambassador. Follow him on Instagram: @awr_hawkins. Reach him at awrhawkins@breitbart.com. You can sign up to get Down Range at breitbart.com/downrange.