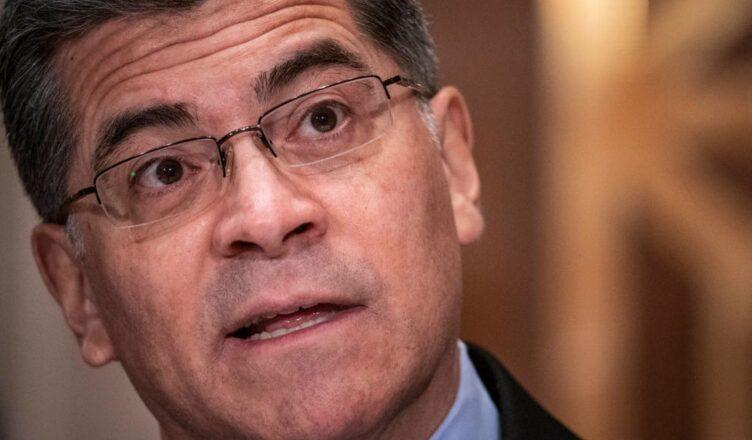 The Biden administration is considering using taxpayer funds to pay for women in states where abortion may be outlawed to travel to obtain them, a move sure to raise legal questions in the wake of Friday’s decision striking down Roe v. Wade.

The possibility was first floated by Health and Human Services Secretary (HHS) Xavier Becerra on Sunday and then by Vice President Kamala Harris in a CNN interview. Both said the details are still being worked out.

“This is something that we are looking at,” Harris told CNN’s Dana Bash. “I think you’re asking a very important point, making a very important point, which is what are the details that are going to go into ensuring the women have the ability to actually travel without impairment and we know that on this issue, women who have access to resources will probably be far less impacted by this decision than women who don’t have resources.”

Becerra first suggested the strategy in a Sunday interview with NBC correspondent Kate Snow at the Aspen Institute. Snow asked Becerra what the administration is doing in response to Friday’s Supreme Court decision overturning Roe v. Wade and ending the federal right to abortion.

“We are working with supporters on the ground to make sure that we are providing services to women where we can,” Becerra said. “We are looking into everything including assisting in transportation, something that HHS doesn’t typically do.”

“Can you do that, legally?” asked Snow.

Biden HHS Secretary Xavier Becerra says his agency is "looking at" using taxpayer dollars to fund transportation to other states for abortions.

"Can you do that legally?"

“Talk to me later,” Becerra said with a smile as the audience laughed. “I always tell my team at HHS if you’ve done your homework then we have no right to do mild, and so we’re going to be aggressive and go all the way, and, I would tell you – you’re recording, so I won’t tell you.”

When Snow told him it was on the record, Becerra replied, “We are looking at every option, and that includes transportation.”

While the high court’s decision did not outlaw abortion, and simply left it to states to regulate, several states are poised to ban the practice or roll back the gestational timeline in which they are permissible. Governors who support abortion, including one in California, New York, and Illinois have vowed to help women from other states obtain abortions in their states.

Several major companies have said they will pay for employees to travel for abortions if they live and work in states that do not permit them.