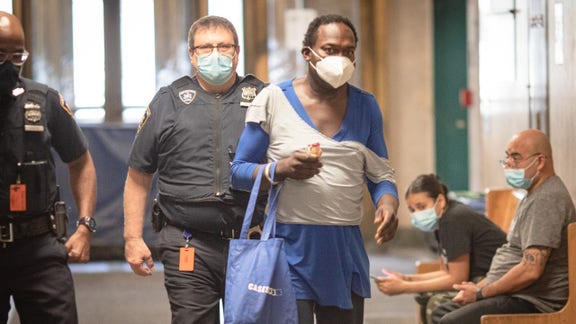 Michelle McKelley, 42, describes herself as a ‘professional booster’ in New York City

A self-described “professional booster” recently arrested for shoplifting in New York City has been released without bail after what may be her 100th arrest, according to a local report.

Michelle McKelley, 42, was let go on supervised release on Sunday, just one day after police arrested her for allegedly swiping items worth $125 from a Lower Manhattan CVS, the New York Post first reported.

Manhattan Judge Charlotte Davidson said the charges against McKelley do not qualify for bail under New York state’s 2019 bail reforms, the Post reported. The reforms prohibit bail-setting for most people charged with a misdemeanor or non-violent felony, while maintaining bail for most violent felonies.

During an appearance in Manhattan Criminal Court on Sunday, the paper reported that prosecutors said McKelley has failed to appear in court 27 times for past arrests and has five other pending cases.