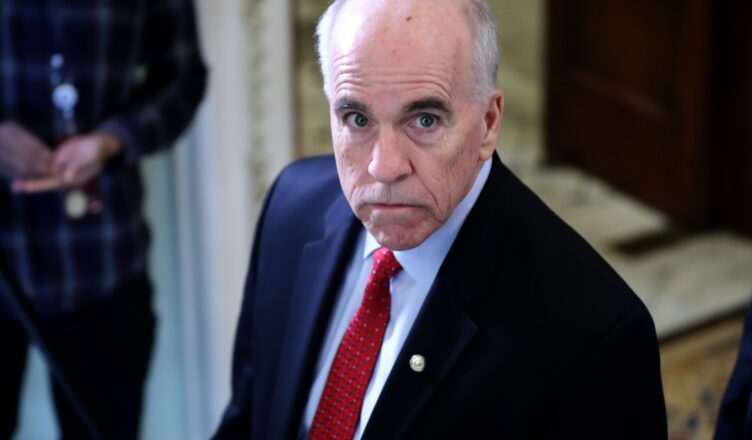 The man who served as sergeant-at-arms for the U.S. Senate during the January 6 riot and later suggested that “professional agitators” might be to blame for the incident has been found dead, according to reports

Michael Stenger’s death comes amid the House of Representatives’ investigation of the riot at the U.S. Capitol last year. No cause of death was given for Stenger, a 35-year veteran of the Secret Service and a former U.S. Marine.

“Fox confirms that Michael Stenger, the Senate Sergeant at Arms who was in charge of Senate security the day of the Capitol riot, has died,” tweeted Fox News Channel’s Chad Pergram.

Despite a lack of details, speculation swirled on social media, in part due to Stenger’s proximity to the ongoing probe. Stenger was faulted along with former U.S. Capitol Police Chief Steven Sund in a report by the Senate Rules Committee for not requesting aid from the National Guard. Soon-to-be-Senate Majority Leader Chuck Schumer (D-NY) vowed to fire Stenger, who had held the post since 2018, if he was not ousted by January 20, 2021.

“The ultimate blame for yesterday lies with the unhinged criminals who broke down doors, trampled our nation’s flag, fought with law enforcement, and tried to disrupt our democracy, and with those who incited them,” McConnell said at the time. “But this fact does not and will not preclude our addressing the shocking failures in the Capitol’s security posture and protocols.”

Sund never submitted a formal request to the Capitol Police Board for National Guard assistance ahead of the  riots, according to the Senate report. He had informal conversations with Stenger and Stenger’s House counterpart, Paul Irving, but no one acted on the matter in advance of the riots, carried out by Trump supporters hoping to stop President-Elect Joe Biden from being formally elected.

Stenger defended himself last year while testifying in the Senate investigation, and implied that the riots may have been fueled by “professional agitators.”

“There is an opportunity to learn lessons from the events of January 6,” he said. “Investigations should be considered as to funding and travel of what appears to be professional agitators.”