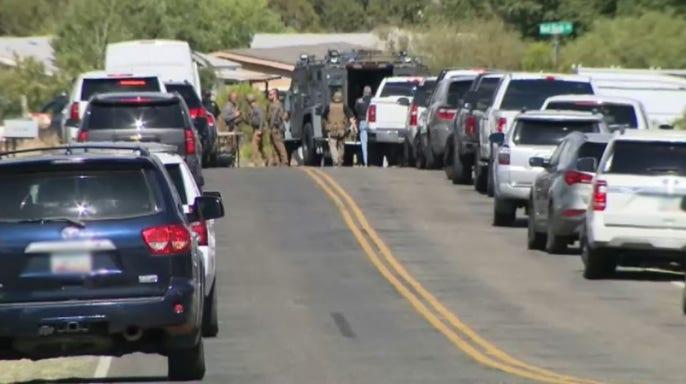 An Arizona sheriff’s deputy has died after being shot while trying to apprehend a theft suspect who barricaded himself from responding officers before surrendering, authorities said.

Residents called 911 and responding officers found Lopez unresponsive at the scene, Rhodes said. He was rushed to the nearest fire department and quickly airlifted to a hospital. Lopez underwent surgery but did not survive.

Officials said that the SWAT team was deployed to the scene when the suspect barricaded himself inside his home. The suspect was eventually taken into custody.