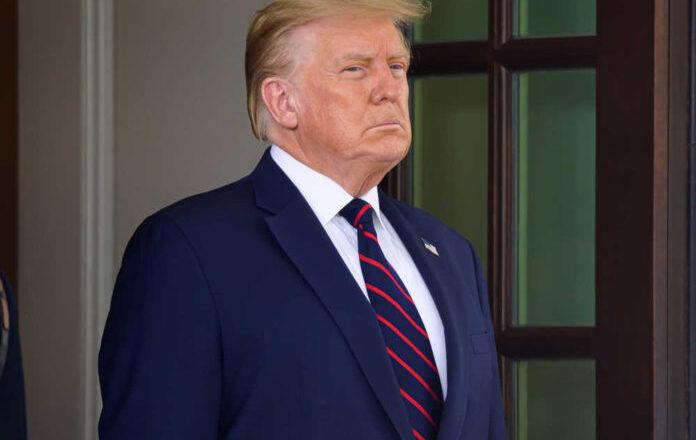 No one has officially announced their candidacy for president in 2024 yet, but there have been plenty of rumors about some of the obvious potential candidates, including former President Donald Trump and Florida Governor Ron DeSantis.

Many people believe that Trump and DeSantis could face off against each other. And while that would certainly create quite the primary race come the spring of 2024, the former president says he would be supremely confident that he would defeat the Florida governor in that scenario.

Recently, Trump gave an interview to the New Yorker, during which he said:

“I don’t know if Ron is running, and I don’t ask him. It’s his prerogative. I think I would win.”

That could certainly be considered a warning from Trump to DeSantis, who at one time was considered a potential running mate for Trump. Now, though, the two appear to be the top two candidates for the GOP.

Trump has issued similar veiled warnings in the past, potentially in an effort to convince DeSantis to not run for president come 2024. In the last few years, DeSantis has risen to national prominence because of his views of the pandemic. He has even attracted a lot of attention from wealthy Republican donors who have given to Trump’s last two presidential bids.

While the former president hasn’t officially announced whether he’ll be running again in 2024, many people believe that he will. He told the New Yorker that he’s “very close to making a decision” about whether he will do so.

In the past few months, Trump’s views toward DeSantis have changed for ultra-supportive to ultra-cautious, as DeSantis’ political ambitions have become clearer. Trump endorsed DeSantis for governor back in 2018, and the former president believes he’s a big reason why the Florida governor has been able to rise to prominence.

Thus far, DeSantis hasn’t ruled out a run for president himself, though he’s said multiple times that he was focused on winning re-election as governor later this year. Many people believe that he’ll eventually announce his presidential bid.

There have been many rumors that the relationship between Trump and DeSantis has soured in recent months, based on the two positioning themselves as the leaders of the Republican Party. Trump, though, downplayed the possibility of any tension. He told The New Yorker that the two have a “very good relationship.”

It’s not hard to imagine how that “good relationship” could easily turn nasty if the two were to run against each other in the GOP primary in two years.

Early polling has shown that Trump still has the lead among all potential GOP candidates for president in 2024. DeSantis routinely finishes in second place in those polls, and he’s been closing the gap with Trump in recent months.

If Trump doesn’t run for president, DeSantis would instantly vault to the top of the polls. Even if Trump does run, though, DeSantis at least has a legitimate shot at capturing the GOP nomination.