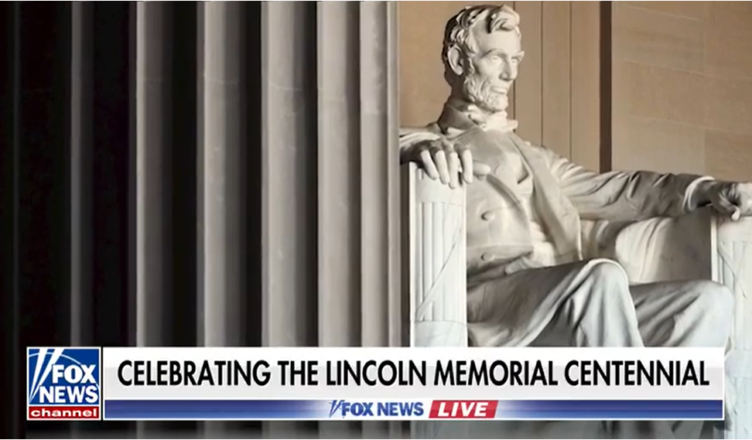 A biology professor says the display was removed after ‘someone complained’

A bust of President Abraham Lincoln and a plaque of the Gettysburg address have been removed from a Cornell University library.

“Someone complained, and it was gone,” Cornell biology professor Randy Wayne told the College Fix of the matter.

The bust of Lincoln and the bronzed plaque of the former president’s historic 1863 address had been in the Kroch Library, where the university’s Division of Rare and Manuscript Collections is located, since 2013.

Wayne said that he noticed the display was missing a few weeks ago and asked librarians what happened. He was told the display was removed after some type of complaint, but did not provide further details, according to the College Fix.

The communications team for Cornell told Fox News Digital that the display was a “temporary exhibit” installed to celebrate the 150th anniversary of the Gettysburg Address in 2013.

“President Lincoln’s bust was part of a temporary exhibit on the 150th anniversary of the Gettysburg Address. The bust was on display in the Rare and Manuscript Collections from 2013 to 2021,” Rebecca Valli, director of media relations at Cornell University, told Fox News Digital on Tuesday.

STATUE OF ABRAHAM LINCOLN WITH KNEELING SLAVE REMOVED IN BOSTON

“Cornell proudly possesses one of five known copies of the Gettysburg Address in Lincoln’s hand. The original is safely sequestered, with a digital facsimile on permanent display. Additionally, five electronic Lincoln exhibitions are available for 24/7 viewing online,” Valli added.

Valli did not respond to Fox News Digital’s request for comment on Wayne’s claim that librarians had informed him the display was removed after a complaint. Fox News also reached out to the school’s library inquiring about his claim but did not receive a response.

Photos of where the display was once held show the area now sits barren.

Before Valli issued comment about the display to the media, Wayne had emailed Cornell’s president, Martha E. Pollack, on June 23 inquiring whether she was aware the display was removed and why, according to email correspondence reviewed by Fox News Digital. The email went unanswered until Tuesday when a staffer for Pollack’s office responded that “President Pollack isn’t typically made aware of changes with exhibitions in the library, which I believe are decided upon by library staff.”

Wayne said he believes no one “has the whole story at this time” about the removed display, and emphasized the importance the Gettysburg Address has for him and his students.

CHICAGO REVIEWING STATUES OF LINCOLN, WASHINGTON, OTHER US ICONS FOR POSSIBLE ‘ACTION’

“When I take my students to RMC each semester, I have one of them read the original in Lincoln’s hand. I am in tears each time I hear a student read those words,” Wayne told Fox News Digital.

“The Gettysburg Address is an incredible speech,” he added in comment to the College Fix. “We have a handwritten copy in Lincoln’s hand. It is known as the Bancroft Copy. It comes with an envelope signed by Lincoln (using his franking privilege), and a letter to Bancroft, thanking him for requesting a copy of the address to put in a book to be sold for charity.”

Exhibits, statues and names honoring historical American figures have come under increasing scrutiny, most notably during the protests and riots of the summer of 2020.

Lincoln was among the figures targeted. Activists in Washington, D.C., argued a Lincoln statue – which was in part funded by formerly enslaved Americans – depicting him freeing a slave wearing a loincloth and kneeling at his feet be removed because it was demeaning. A replica of the statue in Boston was successfully removed in 2020 due to the depiction of the freed slave.