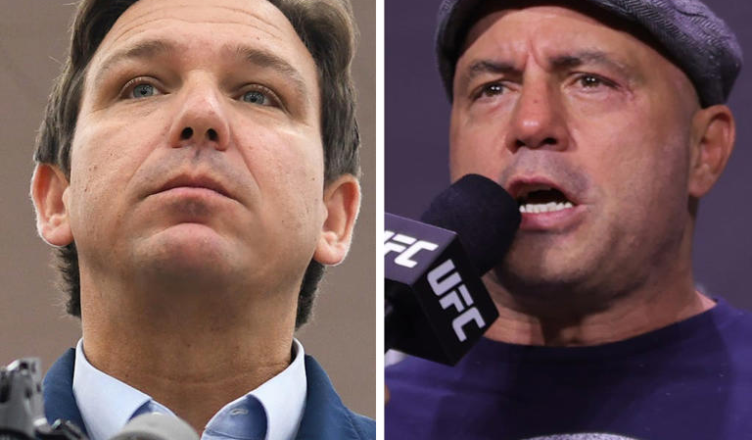 Joe Rogan, prominent United States podcaster, is known for his wise outlook on life and willingness to listen to other people’s opinions. Joe Rogan hosts the Joe Rogan Experience on Spotify, Joe Rogan is the top rated podcast currently.

Joe Rogan has recently been attacked by liberals and cancel culture over the past couple months. The mob has been trying to censor him and even called for him to be taken off Spotify. None of this has worked and he continues to spread the truth to millions of people daily.

Joe Rogan recently has shared his views on president Joe Biden and who he also thinks would be a good for the 2024 election.

It was reported by Business Insider that:

Joe Rogan, the world’s No. 1 most-listened podcaster, said Tuesday that he thinks the 43-year-old Republican governor “would work as a good president.”

“What he’s done for Florida has been admirable,” Rogan said in an episode of his “Joe Rogan Experience” show when Daily Wire actress Gina Carano asked who he might want to see run for the White House in 2024. He described DeSantis as “not perfect” but said he stood “up for freedoms.”

Earlier this month, DeSantis beat former President Donald Trump in a straw poll of self-identified conservative conference-goers at the Western Conservative Summit who were asked who they’d like to be the 2024 presidential nominee. A Morning Consult poll out Wednesday also showed growing support for DeSantis.

DeSantis tends to brush off questions about 2024 when asked, though last week he said he thought the presidential speculation was aimed at detracting from the losses that Democrats are expected to face in the midterms in November.

Rogan is just the latest high-profile figure to heap praise on DeSantis.