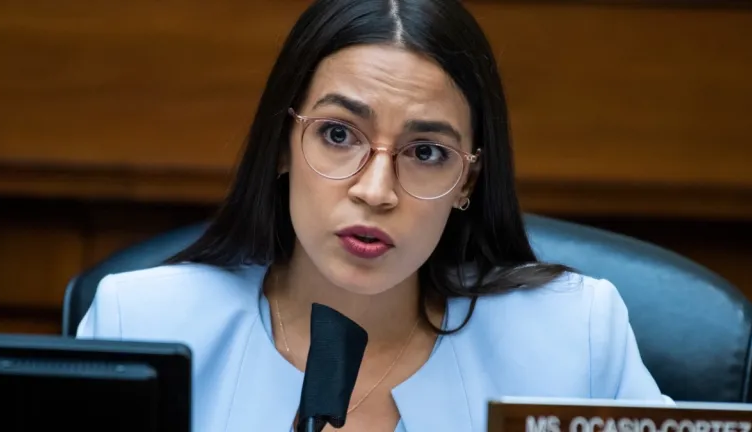 Representative Alexandria Ocasio-Cortez went on the Late Show with Stephen Colbert and gave a history lesson.

In the video, she entertains the expansion of SCOTUS, talks about ending the Senate filibuster, and says we should repeal the Hyde Amendment and codify Roe, same-sex marriage, right to contraception, and interracial marriage.

Journalist Tim Pool noted some of the inconsistencies and nonsense AOC spoke about.

“Dred Scott took place 4 years BEFORE Lincoln became president and the emancipation proclamation was in 1863 several years INTO the civil war. AOC is just sputtering nonsense,” he tweeted.

Colbert also tried to convince AOC to run for President on his show.

In case you need your daily fill of cringe, watch Stephen Colbert try and talk AOC into running for President in 2024: pic.twitter.com/HiYVMTHAxB

‘I know somebody who’s going to turn 35 about a month before the election in 2024 and they represent New York’s 14th. Is that job appealing to you at all?’ host Stephen Colbert asked the New York Democrat.

Ocasio-Cortez shot back: ‘We need to focus on keeping a democracy for anybody to be president in the next couple of years. That’s my central focus is helping the people of this country right now.’

The question was posed amid not-so-silent whispers that Democrats are not fully confident that President Biden, who will be 81 in 2024, will be up for running again.

“The Supreme Court has engaged in overreach and it is the responsibility of the President and Congress to put them in check because they have delegitimized themselves,” she said in the interview.

“We just need to fight, and we need to show and demonstrate to the American people that when you vote to give Democrats power we will use it to the fullest extent possible to defend everybody civil, economic and human rights.”

AOC appeared on CNN earlier this month, and she refused to say if she would back President Biden in the next election.

“We’ll cross that bridge when we get to it.”

CNN actually wrote an article in 2019 discussing AOC and her “slippery slope on facts.”

Here’s the thing: Being factually accurate and morally right isn’t an either/or situation. You can do both!

And as it relates to the broader point Ocasio-Cortez is raising, which is, essentially, you know what I meant, so stop obsessing over a single data point, I would respond this way: Would she – or any Democrat – say the same about the White House’s made-up fact that upwards of 4,000 known or suspected terrorists have attempted to enter the US illegally through the southern border?

The problem with that thinking is that it says that the underlying facts don’t matter as long as the bigger-picture argument still coheres. Which is a very dangerous, slippery slope to tread at any time but especially in an age in which the President of the United States is actively seeking to undermine the idea that objective facts actually exist.

Fudging the facts in pursuit of “being morally right” – as Ocasio-Cortez puts it – assumes that moral righteousness is an agreed-upon thing. As Trump’s decisions to institute a travel ban or build a wall around the country show, it’s not.

Ocasio-Cortez is new to all of this, yes. But the high profile she already enjoys carries with it some responsibility. Namely, to get the facts right. And when you get them wrong, to correct it as quickly as possible rather than trying to justify the error.