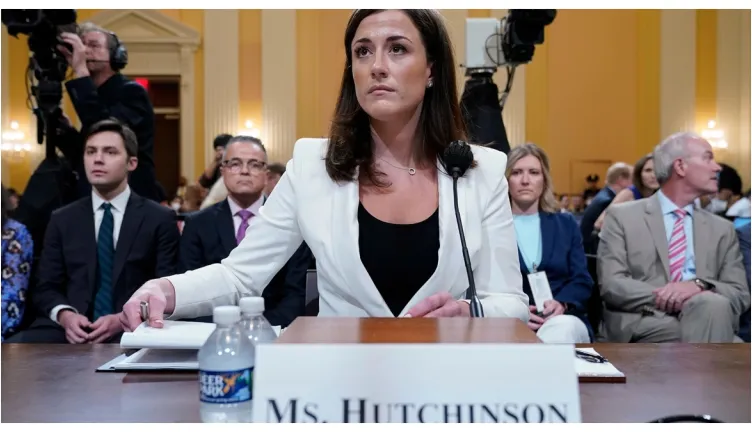 Nancy Pelosi’s January 6th Select Committee held a “surprise hearing” this week and brought in Cassidy Hutchinson as the witness who is a former top aide to Trump White House Chief of Staff Mark Meadows.

It was reported recently that Hutchinson testified under oath that President Trump physically attacked his own Secret Service agents when they refused to take him to the U.S. Capitol. “When the President got in The Beast [the Presidential limo] he was under the impression” that he would be visiting the Capitol building. When President Trump spoke on January 6, he famously told his supporters that he is planning to march “peacefully and patriotically” with them to the Capitol.

According to Hutchinson, when Secret Service told him the Capitol wasn’t secured for him, President Trump became irate and lunged forward to “grab at the steering wheel.”

It has been further reported that During her testimony, Hutchinson also described an explosive account in which White House Counsel Pat Cipollone warned of legal culpability if Trump followed his supporters on a march to the White House. After weeks of publicly calling on Cipollone to cooperate with the investigation, on Wednesday evening, the select committee subpoenaed him for a deposition scheduled for July 6.

Hutchinson has also testified to the committee that Cipollone repeatedly expressed legal misgivings about Trump’s efforts to send false presidential electors to Congress and various other aspects of his bid to stay in power on Jan. 6, when Congress met to count electoral votes.

Cipollone sat for an informal interview with investigators on April 13, 2022, along with his deputy Patrick Philbin.

“Ms. Hutchinson stands by all of the testimony she provided yesterday, under oath, to the Select Committee to Investigate the January 6th Attack on the United States Capitol,” they said.

Jan. 6 committee members have praised Hutchinson for coming forward, highlighting their confidence in her testimony. At the close of the hearing, select panel chair Rep. Bennie Thompson (D-Miss.) addressed Trump World alumni who haven’t been forthcoming.