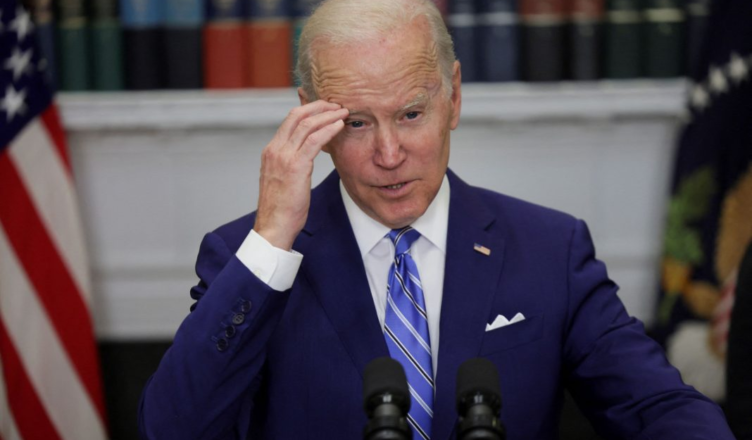 According to RealClearPolitics, Joe Biden has fallen below 38% approval for the first time in his presidency. The news comes just days after the landmark decision to overturn Roe v. Wade, casting doubt on Democrats’ hopes that the news would fire up the base.

“Another day, another fresh all-time low for Biden job approval on RCP, under 38 for the first time.”

Biden continues to eschew blame, pointing fingers at the “ultra-MAGA agenda”; he went on the attack Wednesday morning with a short tweet.

“Folks, let’s get one thing straight: The ultra-MAGA agenda has always been about taking away women’s rights, in every single state,” he tweeted.

Democrats have been rattling sabers over Roe, and pointing fingers at the MAGA movement, hoping to see the polls tick up in the President’s favor —but that just doesn’t seem to be happening.

From The Daily Wire…

Sonia Ossorio, the president of the National Organization for Women in New York, breathed after the SCOTUS decision, “I don’t see how this cannot energize voters. Women are fed up.”

Senate Majority Leader Chuck Schumer (D-NY) ranted, “”Elect more MAGA Republicans if you want nationwide abortion bans, the jailing of women and doctors and no exemptions for rape or incest. Or, elect more pro-choice Democrats to save Roe.”

Biden has grown fond of the term “Ultra-MAGA.” In early May, during a speechon the economy, Biden whined, “Let me tell you about this ultra-MAGA agenda. It’s extreme, as most MAGA things are.”

“The White House works aggressively to paint Republicans and their policies as an ‘ultra MAGA agenda’ in a push to overcome the president’s brutal approval ratings and voters’ frustration with high inflation to help Democrats maintain control of Congress,” USA Today pointed out.