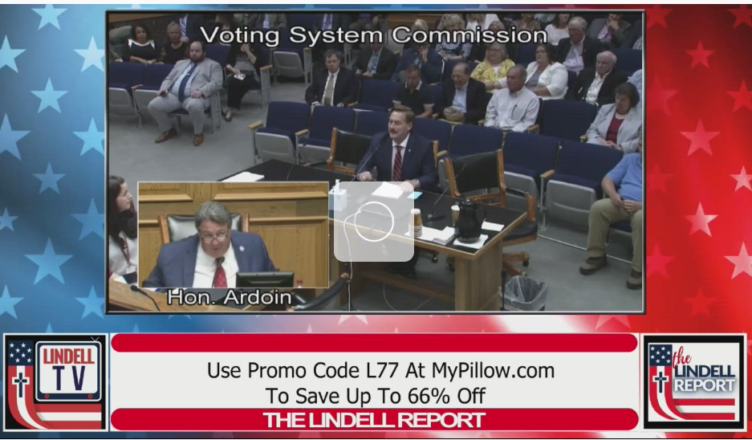 Mike Lindell testified to the Louisiana Senate Committee about the voting system. Mike testifies about how everything is computerized these days. Every machine has a flaw, and voting machines are no exception. ES&S (Election Systems & Software) testified earlier and Mr. Lindell points out something they overlooked.

ES&S was forced to sell Diebold to Dominion in 2011 by the DOJ (Department of Justice). On May 24th, from voting in Georgia,  one of the candidates had zero votes. The candidate thought this was odd, so an audit was held. Once the audit was done, there were 3762 votes for the candidate. The Secretary of State claimed it was a programming error in the machine.

In addition, the flaws also happened in Alabama and in Texas in the past few months. France in a recent election did a full hand count with 70 million votes because they banned machines from the voting process. Mike would like to see voting machines banned in the U.S. as well.

A compromise ES&S and other voting machine companies have come up with is a half and half type election. Mike believes this will not be secure and the machines should not be involved at all. Also, Mike and his team have been inside a lot of the voting machines and many of them are built in China.

Right now, most judges will not hear cases about voting fraud. This roadblock is why progress is being stalled. Hopefully, judges and people in power will start to consider the evidence. Starting with the Louisiana Senate Committee, which is the tip of the spear. Finally, Mike explains the process he would like to see, is the hand counting being monitored by top of the line cameras. As well as, the results sent to everyones phone after the vote.