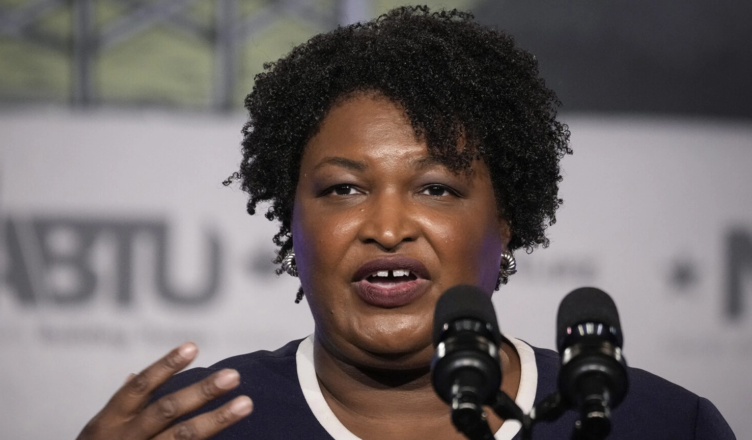 More than 100 Georgia sheriffs have condemned the Democrat candidate for governor, Stacey Abrams, for her support of the Defund The Police narrative.

A letter was shared on the campaign website for Republican Georgia Gov. Brian Kemp, her opponent.

“Over the last four years, Governor Kemp and his family stood shoulder to shoulder with the men and women serving in Georgia’s law enforcement community. Working alongside our departments, Governor Kemp has championed legislation to recruit and retain more officers into the profession, strengthen penalties for criminals and help keep Georgia’s streets safe, and prevent rogue local governments from stripping critical funding and resources from police,” it said.

“In stark contrast, Stacey Abrams has repeatedly shown complete disdain for law enforcement and the risk we take every day putting our lives on the line to serve our communities. Ms. Abrams actively serves on the governing board of – and has profited from – an anti-police organization which openly advocates for abolishing prisons and stripping local police departments of their funding.

“Stacey Abrams also supports proposals that put criminals back on our streets and clears their criminal record, and she opposed legislation to crack down on human trafficking when she served in the state legislature,” the letter said.

“These policies and Ms. Abrams’ role in advocating for them put Georgia’s law enforcement officers and the communities we serve at risk.

“In these uncertain times, it is critical to our profession that Georgia’s leaders stand firmly behind the men and women in law enforcement who keep Georgia families safe. We are grateful to have the support of Governor Kemp and his administration, and we call on Stacey Abrams to disavow the dangerous policies she supports,” it said.

Abrams, who ran unopposed for the Democratic nomination for governor of the Peach State, lost a close race to Republican Brian Kemp in 2018.

Abrams came under fire earlier this week after she called Georgia the “worst state in the country to live in,” which did not sit well with voters who spoke with Fox News.

“Why does she think it’s the worst? Because she didn’t win the last election, I guess,” Larry, from Lawrenceville, said.

During a speech, Abrams said, “I’m running for governor because I know that we have to have a conversation about who we are in this state and what we want for each other and from each other.”

Abrams acknowledged such a statement would be “politicized” and further explained that mental health and incarceration rates in her state could be improved significantly.

“I like that it’s a lot of Black people supporting Black people,” Brittany said. “I wouldn’t say it’s the worst place to live in.”

Nancy, from Lawrenceville, said the economy is her top priority.

Larry told Fox News: “Immigration’s one of the big ones. Price of gas is a really big one.”