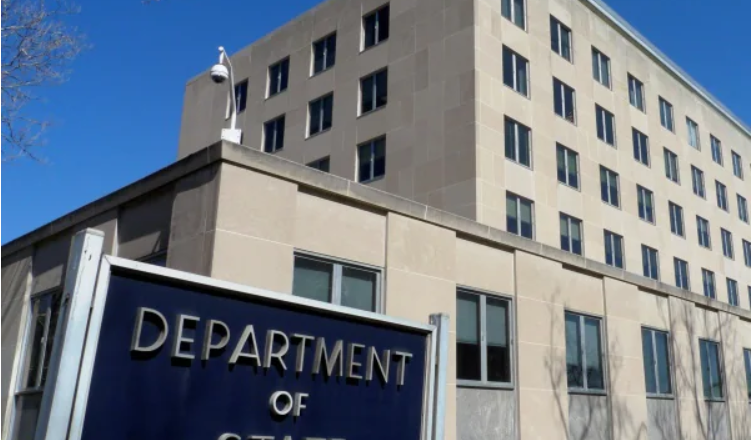 The State Department is offering a reward of up to $10 million for information on foreign interference in U.S. elections.

The department’s Reward for Justice program, administered by the Diplomatic Security Service, seeks information leading to the identification or location of any foreign person or foreign entity that “knowingly engaged or is engaging in foreign election interference,” it was announced Tuesday in a press release.

The program also asks for information “leading to the prevention, frustration, or favorable resolution of an act of foreign election interference.”

The department’s statement said that foreign election interference included certain conduct “that violates federal criminal, voting rights, or campaign finance law, or that is performed by any person acting as an agent of or on behalf of, or in coordination with, a foreign government or criminal enterprise.”

“This conduct includes covert, fraudulent, deceptive, or unlawful acts or attempted acts, or knowing use of information acquired by theft, undertaken with the specific intent to influence voters, undermine public confidence in election processes or institutions, or influence, undermine confidence in, or alter the result or reported result of a general or primary federal, states, or local election or caucus,” the statement read.

“Such conduct could include vote tampering and database intrusions; certain influence, disinformation, and bot farm campaigns; or malicious cyber activities.”

The most recent high-profiled allegations involving foreign interference occurred when the Trump campaign was accused of working with Russian officials worked to affect the outcome of the 2016 election. Those accusations, which proved to be false, were based on the Steele dossier, a compilation of rumors and unproven assertions.

Special counsel John Durham was appointed three years ago to search for government misconduct during the investigation into potential ties between Russia and Trump’s 2016 campaign.

The State Department’s announcement came nearly four months before the midterm elections that will determine which major party will control the U.S. House and Senate.

The latest YouGov polling showed that the GOP continued to hold an advantage on the generic congressional ballot heading into the 2022 election.

Since its inception in 1984, the Reward for Justice program has paid in excess of $250 million to more than 125 people who provided information that helped prevent terrorism, bring terrorist leaders to justice, and resolve threats to U.S. national security.