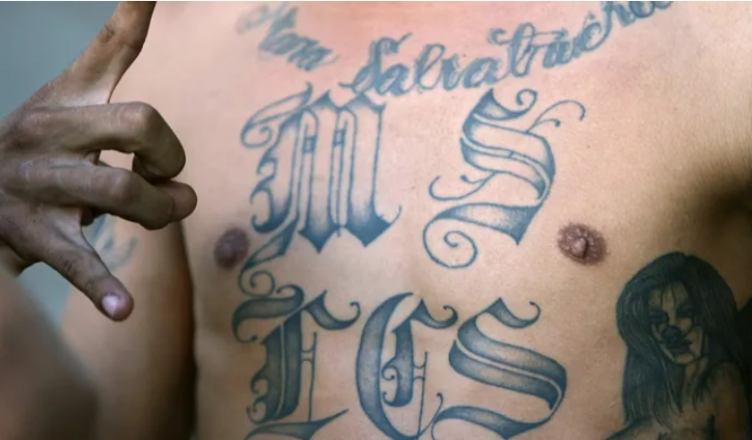 A federal jury on Friday convicted five MS-13 gang members for their roles in kidnapping and brutally murdering two teenage Virginia boys whom they “erroneously” suspected of being a rival gang member and police informant.

Elmer Zelaya Martinez, 31; Ronald Herrera Contreras, 24; Henry Zelaya Martinez, 28; Pablo Velasco Barrera, 24; and Duglas Ramirez Ferrera, 25, of El Salvador plotted to kidnap and kill both a 17-year-old boy from Falls Church whom they wrongly suspected of being in a rival gang and 14-year-old boy from Alexandria whom they wrongly suspected of being a police informant in August 2016, according to court records.

The gang members lured both boys into Holmes Run Stream Valley Park on August 28 of that year under the pretense that they would be attending a gang meeting in the woods.

They restrained, attacked and killed the 17-year-old by stabbing him multiple times and “chopping” his body more than 100 times “with knives, machetes, and a pickaxe” before stuffing him into a pre-dug hole — breaking one of the boy’s legs in the process to fit his remains inside, according to the Justice Department.

The gang members also restrained, attacked and killed the 14-year-old boy by stabbing and chopping his body with the same weapons. Once the 14-year-old was dead, they broke both his legs and tied him with his own pajamas so he would fit into a pre-dug hole — all of which they filmed and sent to gang leaders in both the U.S. and El Salvador to prove their rank, the DOJ said.

The boys had been reported missing until their remains were found in March 2017 and identified in December 2017.

MS-13 is a transnational gang made up mostly of individuals of Salvadoran or other Central American descent, according to the DOJ.

The gang has more than 10,000 members conducting regular activities across at least 10 states and Washington, D.C., “with thousands more conducting gang activities in Central America and Mexico,” the department noted in a 2021 press release.