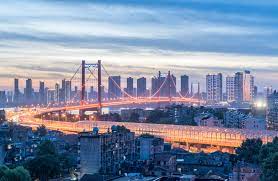 While U.S. intelligence has been unable in two years to determine for sure if COVID-19 leaked from a Chinese lab, Congress has decided it no longer wants to take the risk of funding medical research at labs controlled by Beijing or other American adversaries.

With little fanfare and in bipartisan fashion, House appropriators quietly amended the 2023 federal budget for health and science agencies on Thursday to ban any funding to the Wuhan Institute of Virology, which U.S. intelligence fears may have been the origin point for the coronavirus pandemic, and other labs like it.

“None of the funds made available by this Act may be made available to the Wuhan Institute of Virology, or any other laboratory located in a country determined by the Secretary of State to be a foreign adversary, including China, Russia, North Korea, and Iran,” reads the amendment approved by the House Appropriations Committee.

You can read the amendment here:

The vote is the latest official government action to acknowledge that the theory that COVID-19 leaked from the Wuhan research lab — once panned as preposterous and censored by news organizations and social media giants — is viable enough for the government to vote with its pocketbook.

After more than a year of ridicule, the lab leak theory was officially recognized by the Biden administration’s intelligence apparatus as one of the two most viable explanations for the appearance of coronavirus, with the other being natural evolution.

The lab leak theory got even more credence last month when the World Health Organization, the United Nations body that first dismissed the lab leak theory, admitted there was “new evidence” supporting the theory that needed investigating.

WHO said on June 10 that  “key pieces of data” to explain how the pandemic began were still missing and that it must “remain open to any and all scientific evidence that becomes available in the future to allow for comprehensive testing of all reasonable hypotheses.”

The announcement by WHO led House Republicans to cheer. “Americans were smeared as ‘conspiracy theorists’ for asking whether #COVID19 came from a lab leak,” they tweeted. “Now, the WHO is asking the same questions.”

The Appropriations Committee action on Thursday was praised by Rep. Lisa McClain (R-Mich.), a member of the House Education and Labor Committee who sponsored the amendment over national security concerns and the fact that many foreign labs conduct abusive experiments on animals.

“Our tax dollars should never go to countries that threaten our national security,” she said. “We’ve seen how dangerous it is to fund research at the Wuhan Lab in China. I’ve been leading efforts to defund animal labs in China, Russia and other foreign adversaries and I’m proud that the House Appropriations Committee adopted an amendment supporting my efforts to prevent taxpayers’ money from being sent to labs in these countries.”

Also applauding the action was the nonprofit group White Coat Waste Project, which earlier this year revealed that 32 animal labs in Russia and China were eligible to receive taxpayer dollars via the National Institutes of Health and that one in Russia was involved in a cruel experiment on cats.

“A majority of Americans agree that taxpayers shouldn’t be forced to pay white coats in foreign labs to torture animals in dangerous and wasteful experiments,” said the group’s Senior Vice President Justin Goodman. “Having first exposed NIH funding for animal labs in China and Russia — including the notorious Wuhan Institute of Virology — we applaud Republicans and Democrats on the Appropriations Committee for their historic move to defund wasteful spending in dozens of animal testing labs run by our enemies.”