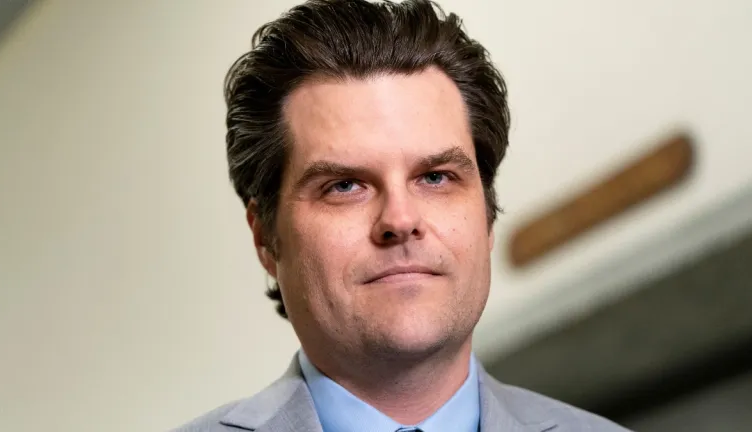 Alongside fellow Republican Reps. Marjorie Taylor Greene (Ga.), Jeff Duncan (S.C.), and Paul Gosar (Ariz.), Gaetz is pushing the “Disarm the IRS Act.” This act would prohibit the IRS from acquiring any ammunition.

Call me old-fashioned, but I thought the heaviest artillery an IRS agent would need would be a calculator. I imagine the IRS in green eyeshades and cubicles — not busting doors down and emptying Glock clips on our fellow Americans. Certainly, it’s troubling that in 2022 alone, the IRS has spent around $725,000 on ammunition. So here’s the Biden plan: Disarm Americans, open the border, empty the prisons — but rest assured, they’ll still collect your taxes, and they need $725,000 worth of ammunition, apparently, to get the job done.

“Tax cheat” isn’t usually a term we hear alongside “armed and dangerous.” And there was a report that showed over a 10-year period, the IRS actually stockpiled $11 million worth of ammunition.

That’s why I’m working on legislation to put a total moratorium on the IRS buying ammo. When we used to talk about the IRS being weaponized, we were talking about political discrimination, not actual weapons for the IRS.

Undeniably, part of the strategy is that with one hand, the Biden regime is doing everything they can to suppress access to ammunition for regular Americans, while with the other hand, they are scooping up all the ammo that they can possibly find.

He noted he and his Republican colleagues are trying to ascertain why the ammunition was purchased, noting, “There is concern that this is part of a broader effort to have any entity in the federal government buy up ammo to reduce the amount of ammunition that is in supply, while at the same time, making it harder to produce ammo.”

Gaetz noted a scenario where federal entities are buying up ammo puts citizens in a place where the exercise of the Second Amendment is limited due to the inability to get ammunition.

He painted a dire scenario where the government reduces ammunition production “and, on the other hand, [soaks] up the supply of it.”