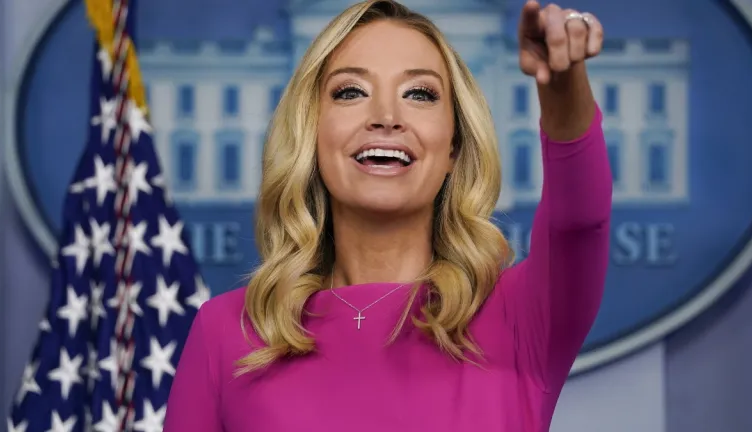 Kayleigh McEnany, former White House press secretary for Trump and co-host of Fox News’s “Outnumbered” criticized a recent interview from a Biden administration official who defended inflation and high gas prices as necessary to protect the “future of the liberal world order.”

Kayleigh responded to the interview:

So you’re paying more in gas because it’s the future of the liberal world order. Okay. He again said what we have heard a few times. We’ve heard, oh, Joe Biden can’t do anything about gas prices. But in their most honest moments, we’ve heard honesty from the president that when it comes to gas prices, we’re going through an incredible transition, an incredible transition as you’re pumping your gas at $5 a gallon. Jennifer Granholm said that we’re accelerating the move to clean energy. So in their most lucid moments, they are admitting that when you pump your gas when you see, as I did, you know, 100 something dollars, that’s intentional. They want you to get rid of your car. They want you to move to a clean energy vehicle. It’s all part of the great liberal transition. So just pat yourself on the back this 4th of July.

Fox News co-host Dana Perino also commented on the poor handling and intentional ignorance of the Biden administration on Fox News’s “The Five.

It’s amazing to me that you don’t have a ready answer. It was like a couple of weeks ago, the new press secretary, was asked about the baby formula crisis. She went through her books and she said oh I don’t have anything on that. Those are things you have to have in your back pocket. I do believe that inflation is their biggest problem. It is not their highest priority. That’s obvious. The Democrats themselves are saying that.

You had an anonymous Democrat quoted in a CNN piece this week saying they vacillate between not having a plan or trying to blame somebody else. The Democrats are waiting like which way are we going here, boss? I think Geraldo is right. The Democrats are hoping to hide their economic failures by focusing on something like Roe v. Wade. Republicans are saying there’s Roe v. Wade, but they need to figure out a way to deal with that communication as well. They’re planning to run just all across the board on inflation.