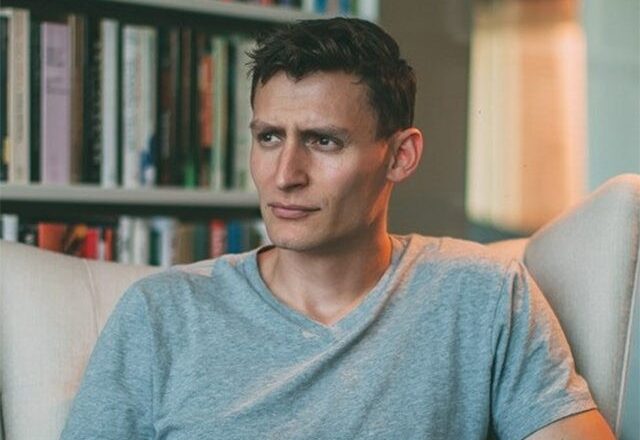 Blake Masters has a double-digit lead over his opponents in Arizona’s Republican primary for U.S. Senate, a poll from Public Policy Polling (PPP) shows.

The poll, released Wednesday, asked: “The Republican candidates for US Senate include Mark Brnovich, Jim Lamon, Blake Masters, and Michael McGuire. If the election was today, who would you vote for?”

Masters secured former President Donald J. Trump’s endorsement earlier this month, and Trump doubled down on his support of the candidate in a video released by Masters’ campaign Monday. A Trafalgar Group poll, published soon after Trump’s endorsement, showed Masters had secured the top spot among the primary field, up 9.5 percentage points from an April Trafalgar poll that listed him in third place. The latest PPP shows both Brnovich and Lamon have lost ground compared to this month’s Trafalgar poll.

The poll also gauged the candidates’ favorability rating among voters, with Masters having the highest rating among the field at 39 percent, with another 42 percent unsure if they viewed him favorably or unfavorably. Brnovich faired second best, with 28 percent having a positive view of him and another 48 percent unsure of how they perceived him. In comparison, Lamon’s favorability rating registered at 21 percent, with 55 percent unsure. Ten percent viewed McGuire in a positive light, while another 80 percent did not have a view one way or another.

PPP also found that 75 percent have a favorable view of Trump, while just 18 percent do not.

The poll surveyed 595 likely voters in the Republican primary on June 28. A margin of error was not specified.