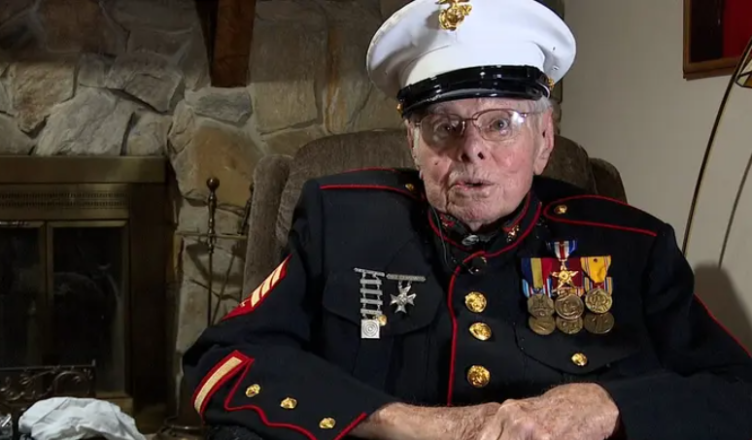 Much of what American soldiers fought for in World War II has “gone down the drain,” according to U.S. Marine Carl Spurlin Dekel, who celebrated his 100th birthday last week.

Dekel says serving his country in WWII was the most important thing he ever did, according to Fox 13. The veteran and Silver Star holder says he wouldn’t hesitate to put his life on the line again, but regrets that the U.S. has slipped away from what he remembers.

“People don’t realize what they have,” Dekel told the outlet. “The things we did and the things we fought for and the boys that died for it, it’s all gone down the drain.”

Dekel’s statements came the same day the U.S. lost the last surviving Medal of Honor recipient from WWII. Hershel “Woody” Williams died Wednesday at 98 years old, surrounded by his family at a hospital named after him in his home state of West Virginia.

Williams, also a U.S. Marine, received his medal for heroism from former President Harry Truman during the battle of Iwo Jima in 1945.

“Friends and family of Woody Williams knew him as a West Virginia farmer’s son and the youngest of 11 children who dutifully supported his family after his father died,” they wrote in a statement through the Congressional Medal of Honor Society. “Fellow Marines knew him as the corporal who volunteered for a mission on Iwo Jima to clear a lane through enemy pillboxes that were destroying American tanks.”

“Veterans in West Virginia knew him as their advocate through his work as a Veterans Service Representative. Gold Star families knew Woody through his work raising money for scholarships and other programs through the Woody Williams Foundation,” they continued. “We, his fellow Medal of Honor Recipients, knew him as our friend and one of our heroes. We will miss him greatly.”

Williams echoed Dekel’s sentiment of loss during an interview on Memorial Day, remarking to local media that he hoped to see a resurgence of patriotism in the U.S.

“I’ve been at this probably 25 to 30 times, but I believe today we had more honor wreaths than we’ve ever had before, and that’s encouraging,” Williams told WSAZ during a veterans’ event. “It gives me encouragement that we’re coming back and that we will again be that United States of America that had so much patriotism and love of country.”