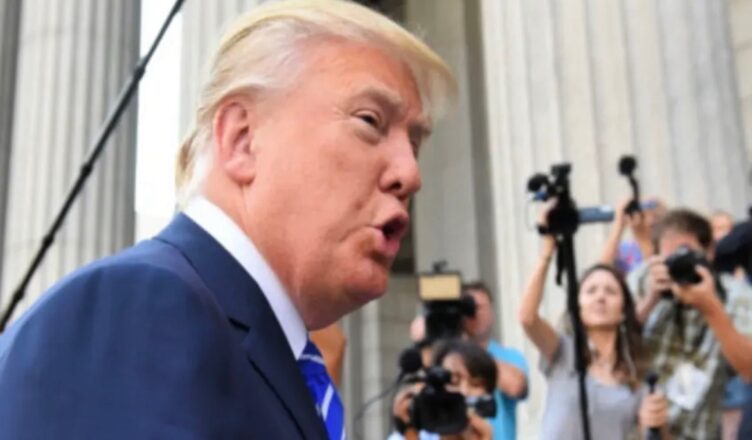 Former President Donald Trump ripped into the January 6th Select Committee and its absurd Tuesday witness, a witness who claimed, among other things, that he tried to drive the presidential limo up to the Capitol on January 6th.

That “witness” was Mark Meadows aide Cassidy Hutchinson, who went along with the RINO Liz Cheney-dominated kangaroo court, as can be seen in this snipped of her testimony:

CHENEY: "How did the President react" to hearing AG Barr say the DOJ found no evidence of widespread voter fraud?

HUTCHINSON: “There was ketchup dripping down the wall and there was a shattered porcelain plate on the floor.” pic.twitter.com/W5s0KzMZRG

So now getting angry with an Attorney General is worthy of a Congressional hearing? Ridiculous.

Posting on Truth Social about that witness on Tuesday night, Trump said:

The New York Times and Washington Post failed to even mention that today’s Unselect witness lost all credibility when she got caught in a ridiculous lie. Our Country has lost all confidence in the media and our elections. Sad!

He then followed that up with a scorcher of a second post about the issue and the coverage of it, saying:

The lies and fabricated stories being told to the partisan Highly Unselect Committee, not only by the phony social climber who got caught yesterday, but by many others, are a disgrace to our, in serious decline, Nation. No cross examination, no real Republicans, no lawyers, NO NOTHING. Fake stories and an all Fake Narrative being produced, with ZERO pushback allowed. Unselects should be forced to disband. WITCH HUNT!

Those tweets came after his original attacks on Hutchinson and her credibility. In one post on Truth, for example, he pointed out that the Secret Service disputed her account and suggested that she was just mad that she hadn’t been included after he left office, saying:

The woman, who was a BIG Trump fan long AFTER January 6th (if her Fake Stories were true, why would she want to be?), was let go and not wanted in Florida, so she made up phony and completely outrageous stories, the craziest of which has already been proven to be a complete lie. The Secret Service said, according to the Media, it wasn’t true. Wow! She has now lost all credibility, just like the partisan Witch Hunt perpetuated by the Unselect Committee of political hacks. MAGA!

Trump also posted ‘ “A Total Phony!!!” as her testimony came out, an accurate summation of how many feel about her and what she told Cheney.

Trump wasn’t the only one mocking Hutchinson and attacking her testimony. Others on social media did the same, with conservative accounts on Twitter joking that she was Amber Heard 2.0, a reference to the recent Johnny Depp-Amber Heard trial in which Heard was found guilty on multiple counts related to her defamation of Johnny Depp and was widely derided as lying throughout the trial.