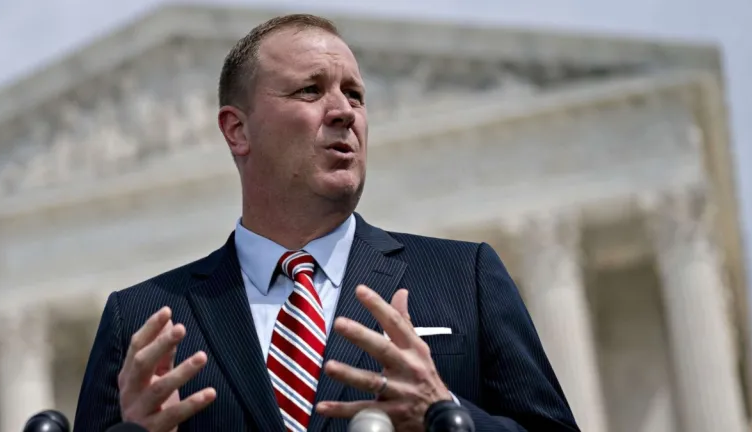 Republican Attorney General, Eric Schmitt, threatened lawsuits against Kansas City, the CIty of St. Louis, and St. Louis County if they tried to use federal COVID-19 funds to eke Missouri women get abortions outside the state.

Earlier this week, Sam Page. St. Louis County Executive said he would appropriate $1 million from American Rescue Plan Act (ARPA) funds to help women with transportation and other needs while getting an abortion in Illinois or any other state with legalized abortion.

“Using hard-earned taxpayer dollars, whether it be ARPA funds or other forms of revenue, to fund abortions is plainly illegal under Missouri law,” Schmitt, a candidate for the seat of retiring U.S. Senator Roy Blunt, said in a statement on Friday. “St. Louis City and County, and Kansas City, and any others who attempt to authorize taxpayer-funded abortions will be met with a lawsuit from the Missouri Attorney General’s Office.”

“The state’s Attorney general, desperate for a higher office, was proud to proclaim Missouri abortions banned,” Page said. “But what he also proclaimed is he does not care about the health care of Missourians, especially women of color, and those who have been disproportionately impacted by lack of access to health care based on where they live.”

Schmitt’s statement also referred to a Missouri statute prohibiting the use of any public funds for the purpose of performing or assisting an abortion not necessary to save the life of the mother. Encouraging or counseling a woman to have an abortion that’s not lifesaving is also illegal, according to the statute.

Like the St. Louis Board of Aldermen bill, Page said ARPA funds wouldn’t be used to pay for abortions or fund any counseling.

This money will ensure women, especially those who cannot afford or otherwise do not have access to quality health care, can get the care that they need,” Page said.

“The only thing Eric Schmitt loves more than wasting taxpayer dollars on his Senate campaign is attacking St. Louis families and our fundamental right to make our own private healthcare decisions,” Jones said. “Seven in 10 Missourians oppose political interference in abortion access. Frivolous threats will not stop our fight to protect reproductive health care rights and support St. Louis families at every stage of pregnancy.”

Jones said Schmitt’s politicization of recent issues is contrary to how he conducted himself when the two served together in the Missouri legislature.

“All these constant threats and lawsuits are desperate, taxpayer-funded attempts to cover up how Eric Schmitt gladly worked across the aisle in Jefferson City with Democrats like me,” Jones said. “Missourians see through Schmitt’s act, and we know that his latest charade won’t help him catch up with his fellow Eric in the polls.”