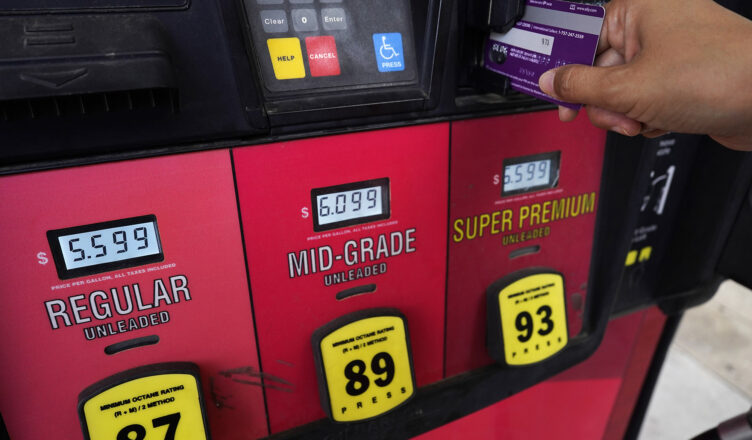 In a Saturday afternoon tweet, the official presidential account wrote, “My message to the companies running gas stations and setting prices at the pump is simple: this is a time of war and global peril.”

“Bring down the price you are charging at the pump to reflect the cost you’re paying for the product,” Biden added. “And do it now.”

“Ouch. Inflation is far too important a problem for the White House to keep making statements like this,” posted Bezos, Amazon’s founder and owner of the Washington Post.

“It’s either straight ahead misdirection or a deep misunderstanding of basic market dynamics.”

The back-and-forth comes as Americans have been paying higher gas prices amid Russia’s February invasion of Ukraine and inflation.

On Thursday, Biden told reporters that American vehicle owners will have to pay high gas prices for “as long as it takes” for the war to end.

Cost of filling up could rise even higher.

Saturday wasn’t the first time the president and an outspoken American billionaire have recently engaged in a war of words.

In early June, it was revealed that Billionaire Elon Musk has such a “super bad feeling” about the US economy under President Biden that he planned to lay off about 10% of the workers at Tesla, his electric car company.

Biden reacted to Musk’s view by taking a shot at Musk and his company SpaceX.

“Lots of luck on his trip to the moon,” Biden said.

That prompted Musk to fire back on Twitter with a link to a 2021 NASA press release about SpaceX winning a $2.89 billion contract to send the next American astronauts to the moon.