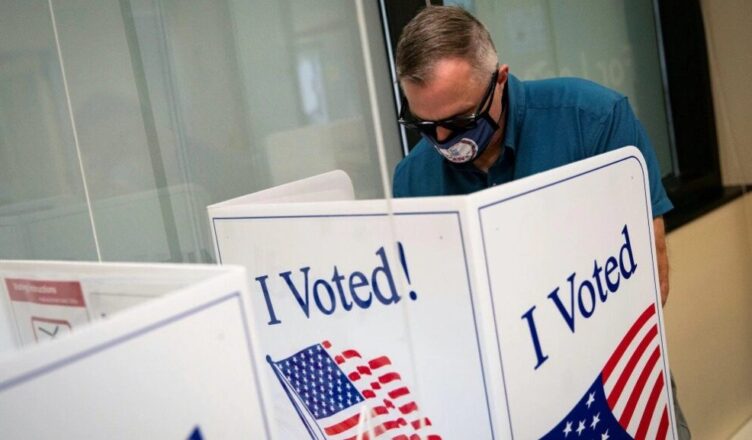 Mindy Robinson, who is now running for the Nevada State Assembly to represent District 35, recently dropped an eye-opening highlight reel of the June 24th Clark County Commission special meeting that gave details about the copious amount of fraud and anomalies that plagued Nevada’s primary election.

On Robinson speaking out during the June 24th Clark County Commission special meeting, she called out some of the absurd results that cropped up from Nevada’s primary election where widely unloved candidates just so happened to secure party nominations.

On June 30th Robinson released a highlight reel that featured the public comments from other Nevadans who were sharing their experiences during what could apparently be described as a sham of a primary election.

Some of the described experiences from these Nevada voters were nothing short of shocking. Some voters detailing how the DMV literally changed their political party registration to “non-partisan,” and others describing how their mail-in ballots were marked on the outside of the envelope to show their party affiliation.

Another remarkable element present within Nevada’s primary was the de facto segregation of voters by way of political party at polling locations, in that Republicans were apparently being directed to use a different voting machine than the others.

Some other familiar practices suitable for fraud and funny business were in play during Nevada’s primary, like sketchy late-night ballot drop-offs and voting machines encountering technical issues once registered Republicans came up to vote.

Robinson’s response on the matter was concise and logical. She pointed out that those who are the potential perpetrators of these shady election practices are coincidentally the same people who would be tasked with investigating any wrongdoing.

“I think the wall we keep hitting is the that people we’re accusing of voter fraud are the same ones that would be in charge of investigating it…these people aren’t going to arrest themselves.”