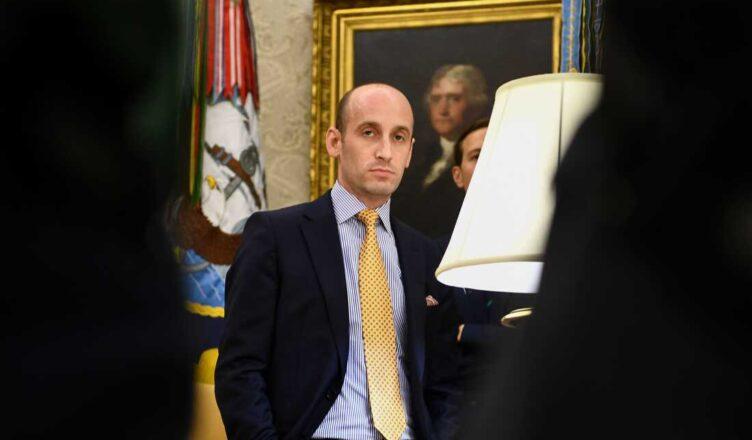 AVirginia school district is forcing parents to give up a guaranteed public education if they object to officials “psychologically abusing and sexually exploiting the children entrusted to their care,” according to a former Trump administration official.

The complaint seeks at least $1.5 million in damages for a cornucopia of culture-war grievances: secretly facilitating “gender transitions,” requiring children to share bathrooms and locker rooms “with the opposite sex against their will,” providing “sexually explicit and pornographic materials” and practicing “overt racial discrimination,” Miller tweeted Wednesday.

Multiple plaintiffs have taken their children out of LCPS “at different times … or plan to in order to prevent further indoctrination and to allow for better learning opportunities,” the suit says.

If the district doesn’t back down, it must give the parents taxpayer money to send their children to schools that respect “the constitutionally recognized relationship between parent and child” in Virginia law. LCPS didn’t answer Just the News queries.

The district’s gender policies are responsible for a bathroom sexual assault, the suit claims, referring to an incident at Broad Run High School that followed LCPS approval of Policy and Regulation 8040 last year.

Ziegler is under state investigation for claiming he wasn’t aware of any sexual assault in a school bathroom at a hearing on the proposed policy, even though he notified the board of an incident at Stone Bridge High School less than a month earlier. The same “genderfluid” student was found guilty in the first incident and pleaded no contest to the second.

Then-gubernatorial candidate Glenn Youngkin accused LCPS of violating the state constitution by allegedly covering up the assaults. The Republican swept into office largely by asserting parental rights in public education.

“[S]chools exert great coercive power over children, who are ‘uniquely susceptible’ and ‘particularly vulnerable’ because of their emulation of teachers and peer pressure,” it says, quoting the liberal justice’s concern that football players couldn’t resist praying with Bremerton High School Coach Joe Kennedy.

BREAKING: America First Legal, via our new Center for Legal Equality, has filed a massive lawsuit against Loudoun County VA Public Schools for psychologically abusing and sexually exploiting the children entrusted to their care. https://t.co/2jOVdeMwyf

Parents in Albemarle County, which surrounds the University of Virginia, are trying to regain momentum after the dismissal of their lawsuit against the school district for allegedly indoctrinating children in the worldview of critical race theory (CRT), teaching them to “dismantle the dominant white, Christian culture” and treating them differently based on race and religion.

They filed an appeal with the Virginia Court of Appeals last week but didn’t lay out their argument. Their lawyers at the Alliance Defending Freedom said the district has “declared that every core subject” must be taught through a “lens that emphasizes racial and religious stereotypes,” while squelching debate by threatening to punish dissenting opinions as racist.

It is soliciting children’s attitudes, habits and traits on “sensitive regulated topics” and using “social and emotional learning” and related methods to affect children’s behavior and attitudes without parental consent or an academic purpose, the suit says.

State law requires at least 30 days notice to parents for intended surveys and questionnaires that ask about “sexual information, mental health information, medical information” or other information the board deems “sensitive in nature,” plus an explanation how the results will be used and possibly disclosed.

“Repeatedly … Defendants have blurred or erased the line between their proper, limited role of providing academic instruction” and parents’ constitutional right to “provide moral instruction and to teach their children about religion, race, sex, gender identity, and culture,” the suit claims.

LCPS engages in racial discrimination and “balancing” in advanced classes and special academic programs, while promoting CRT “in the earliest grades” through classroom activities, teacher and staff training, library books and the Equity Collaborative, which was paid $34,000 for coaching administrators in CRT.

The consulting firm’s work comes up again in a section alleging the creation of a hostile environment that “encourages and rewards children for identifying as a member of an oppressed or minority group in order to receive preferential treatment.” Whites, men, U.S.-born people and children of intact families, by contrast, are deemed “privileged” and “oppressors.”

Kids are also forced to watch a video celebrating drag queens for Pride Month, the suit says. Parents have neither “prior notification” nor “meaningful opportunity” to opt out their children from these activities with no academic connection.

The plaintiffs claim their children have been denied “access to student-led Bible study” and subjected to “humiliating … restrictions in retaliation for complying with the Virginia mask executive order” by Governor Youngkin that lets parents determine whether their children wear masks in school.

LCPS has retaliated against students “for their parent’s advocacy at school board meetings,” hidden “the ready availability of sexually explicit books in school libraries” and curricula from parents, ignored opt-out requests and administered surveys on “the sex life of students as young as 12” without parental notification.

The plaintiffs want the court to declare Policy and Regulation 8040 unlawful, appoint a “Special Master and/or Commissioner in Chancery” to monitor LCPS and report its compliance to the court, and order the district to pay their legal bills.