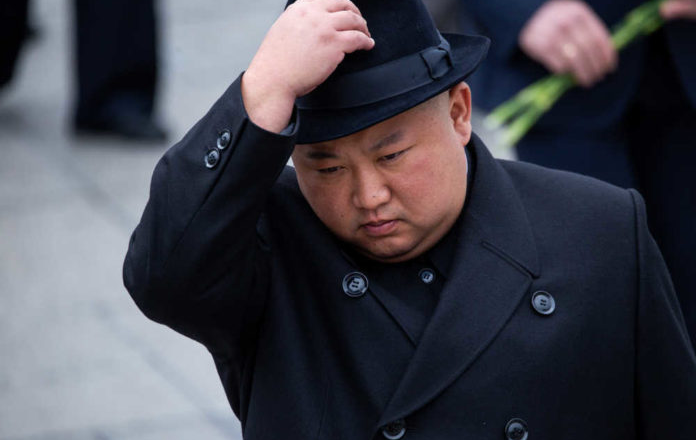 According to Korean Central News Agency (KCNA), Kim met with the ruling Workers’ Party Central Military Commission Tuesday to review the defense policy for the first half of the year and confirm “crucial and urgent tasks” related to expanding military capabilities and implementing key policies.

KCNA reported that the commission’s discussions that began on Tuesday may continue for days.

It is believed the ongoing discussions could include the progress in weapons development as well as plans to deploy some of the systems North Korea has been testing in recent months, including a possible hypersonic missile.

In addition to a purported hypersonic missile, North Korea has also tested a long-range cruise missile and its latest intercontinental ballistic missile.

Earlier this month, Kim doubled down on his plans in response to what he described as an aggravating security environment. He presented further “militant tasks” he wanted military scientists and his armed forces to pursue.

In the first half of this year, North Korea had already set an annual record for ballistic missile launches, test-firing 31 missiles during more than 18 different launches, including the country’s first demonstration of intercontinental ballistic missiles in almost five years.

In recent months, officials in both Washington and Seoul have warned that North Korea has nearly completed preparations to detonate a nuclear device at its testing area in Punggye-ri in the northeastern part of the country.

The sixth and most recent nuclear test North Korea conducted was in September 2017 when it claimed to have detonated a thermonuclear device designed for its intercontinental ballistic missile. However, in 2018, Pyongyang claimed it had dismantled the testing facility.