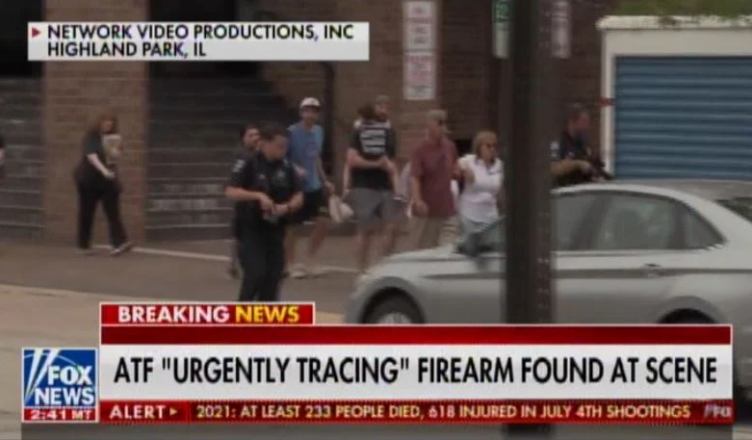 There was a mass shooting today during the Fourth of July Parade in the northern Chicago suburb of Highland Park, Illinois. Mass panic ensued as the sound of gunshots erupted during holiday parade. Several people are reported to have been shot in the attack. A witness said one victim was killed.

As Kristinn Taylor reported earlier — Highland Park police gave an update on the rooftop sniper attack on the northern Illinois Chicago suburb’s Fourth of July parade Monday. Six people are dead and twenty-four “seriously injured” were taken to the hospital. The suspect is at large. He is described as a white male, 18-20 years old with long black hair, small build wearing a white or blue t-shirt. A rifle was recovered at the scene.

The gunman is still at large.

He left the firearm behind.

The ATF is urgently tracing the firearm found at the scene.

Police believe he accessed the roof by using a ladder attached to the building.

Highland Park is a gun-free zone.

Latest: gunman still at large in #HighlandPark . Police believe he accessed the roof of a building from an attached ladder in an alley. People urged to remain inside in Central Biz District. @WBBMNewsradio ‘s @thisisandydahn & @MrBrandonIson on scene.