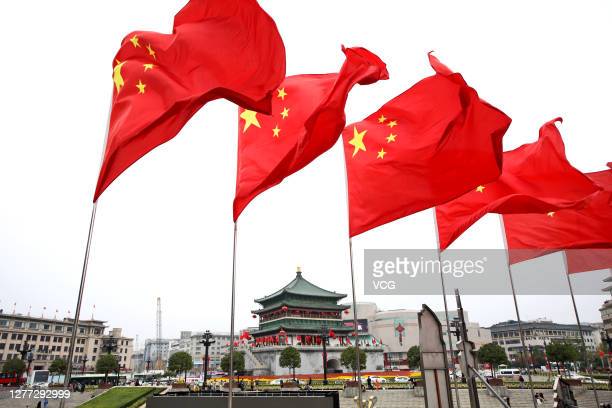 As Beijing rattles U.S. allies Taiwan and Japan in the Pacific and courts South America, the quarterback of House GOP policy is signaling that China’s influence inside the Democrat Party is going to be a major issue in the fall midterm elections.

“The Democrats are completely asleep at the wheel when it comes to the China threat,” Rep. Jim Banks, the chairman of the Republican Study Committee, told Just the News.

“The Democrats believe that China is our friend,” he said during an interview last week on Just the News’ “Leading from Behind” television special. “They believe that we can work with China, that we can coexist with a rising China. On the Republicans side, we recognize that China’s the greatest threat economically, militarily that’s posed toward the United States today.”

The first is Americans believe President Joe Biden is compromised because of the large business deals his son Hunter pursued with communist China.

“We went from the strongest president, the toughest president that we ever had on China to the weakest president, who’s likely compromised because of the Hunter Biden business dealings with Chinese communist party entities that Joe Biden was skimming money off the top,” he said, referring to a 2017 deal in which Joe Biden was mentioned as potentially getting 10% of proceeds.

The second is that as Americans experience China’s increasing aggression in the Pacific — Chinese warships repeatedly circled Japan last week —- they see the Biden administration focusing the Pentagon on woke ideologies instead of hypersonic missiles and other leading technologies.

“Wokeness is weakness,” Banks said. “And the more that we project weakness in our military, the more we’re projecting weakness on the world stage.

“Our adversaries see it, and China is laughing to the bank every time they see our military leadership advance critical race theory and anti-Americanism on our troops because they know it’s destructive.”

Banks said Republicans will offer an alternative to Biden’s approach that focuses on new technology and new strategies that fuse U.S. military capabilities into a significant deterrent.

“Their approach is something that America is not pursuing,” Banks said, adding GOP lawmakers are unveiling some of their ideas in the National Defense Authorization act. “We’re not well equipped because of the lack of serious leadership in America, with Joe Biden in the White House, to advance a strong military posture against China.”