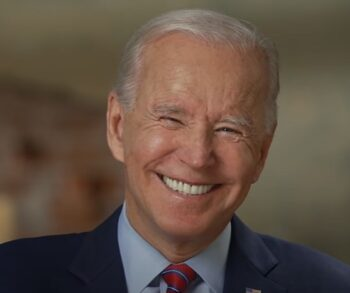 Always the politician, Joe Biden has teased a court-packing scheme since entering the White House nearly two years ago.

While publicly denying any intentions to expand the court with more justices, the cognitively deficient President has since signed executive orders “exploring” all options as the conservative majority court continues to deliver major victories to conservatives.

White House Press Secretary Karine Jean-Pierre made the comments while speaking to reporters Saturday aboard Air Force One en route to Germany for this year’s G-7 summit.

In the aftermath of the court’s latest rulings, specifically its decision to overturn Roe, a growing chorus of progressive Democrats have begun calling for expanding the number of justices on the bench.

Rep. Alexandria Ocasio-Cortez called for expanding the court over the weekend, as did Sens. Ed Markey and Elizabeth Warren.

Here’s how Dems can + must do more than wait for an election.

– 1 of those seats was stolen

– Several lied to Congress to secure their appointment…

A stolen, illegitimate, and far-right Supreme Court majority appears set to destroy the right to abortion, an essential right which protects the health, safety, and freedom of millions of Americans. There is no other recourse. We must expand the court.

Isn’t it crazy how Democrats will immediately call for a rule change the second they lose a political battle?

During the 2020 Democratic presidential primary, then-candidate Biden said multiple times he did not support packing the court, vowing in an interview with Iowa Starting Line that Democrats would “live to rue that day.”

During a primary debate, the then-Democratic front-runner warned that adding more justices to the nation’s highest bench was capable of backfiring, saying: “I would not get into court-packing. We add three justices. Next time around, we lose control, they add three justices. We begin to lose any credibility the court has at all.”

Facing pressure from progressives following a few months in office, however, Biden signed an executive order creating a commission to look into the matter. The commission would be “comprised of a bipartisan group of experts on the Court and the Court reform debate,” the White House said at the time.

It’s only a matter of time before the needle moves even closer and the Supreme Court becomes a bygone institution destroyed by crazed Democrat lawmakers.