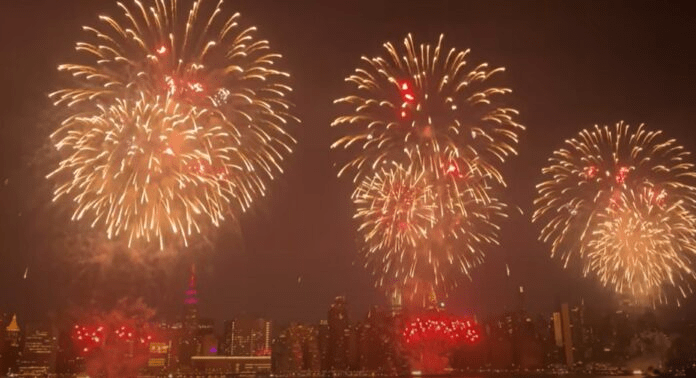 If it wasn’t already enough that his fiscal policies caused everything to become more expensive this Independence Day, Joe Biden decided to broadcast a message of doom-and-gloom to top it off.

The cognitively deficient President said on July 4th that America’s “best days still lie ahead” while people across the country tried to relax and celebrate with friends and family.

Biden and the Democrats are struggling to solidify their messaging after a series of Supreme Court decisions put a serious dent in their far-left progressive agenda.

The demented President also gave a brief appearance at the White House alongside VP Kamala Harris and newly-installed Supreme Court Justice Ketanji Brown Jackson where he uttered complete gibberish, much to the internet’s amusement.

As you celebrate July 4th, never forget these inspiring words about this great nation from Joe Biden!pic.twitter.com/o1tAZGpQRL

This is truly an Independence Day the American people will never forget!

Former President Donald Trump delivered an Independence Day message of his own, but in a much different tone than Joe Biden.

He, too, bemoaned the downfall of America thanks to Biden and the Democrats but expressed immense hope for our future.

In the statement, Trump remains hopeful despite admitting “it’s not looking good for our country right now.”

He proceeded to make note of the major downfalls caused by the Biden administration before urging followers not to worry: “We will Make America Great Again.”

Donald Trump’s Independence Day message seems to hit closer to home for most of the country. Americans still courageous enough to cling on to what’s left of national pride fully understand that the U.S. is hands down the best country on Earth, yet it seems one political movement is hellbent on destroying that.

Since day one of his presidency, Joe Biden has been on a mission to radically transform the economy into a hellish globalist monstrosity that doesn’t at all continue the trajectory of success established under Trump’s administration. The economy works for just about no one and Biden’s approval rating reflects that.

If you remember, last year the Biden administration boasted about their economic wins, claiming that “the cost of 4th of July BBQ” was down “$0.16 from last year.”

This year, however, was a bit different. The White House didn’t even attempt to make such claims as they begin to realize just how deep America’s hatred for the Biden administration goes.

The White House instead opted for a more simplistic Independence Day message posted on its Twitter account.

Happy Fourth of July from the Biden-Harris Administration. pic.twitter.com/3ApIfwqmOG