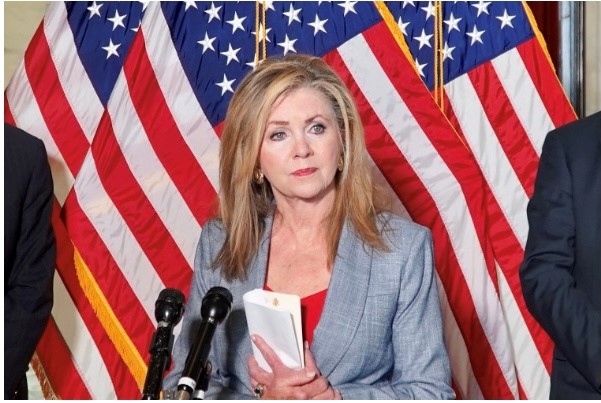 During this week’s broadcast of Fox Business Network’s “Maria Bartiromo’s Wall Street,” Sen. Marsha Blackburn (R-TN) weighed in on Democratic leaders suggesting that abortion clinics get established on federal land in response to the recent overturning of Roe v. Wade.

Blackburn lamented that if Democrats do not get their way, “they try to change the rules” or “riot” in the streets. She highlighted that it was “imperative” to Democrats that the federal government has control over abortion access.

“You just can’t make the step up, Maria,” Blackburn stated. “If they do not get their way on an issue, what do they do? They try to change the rules, and they take to the streets and they riot. And what they would be doing is defying a Supreme Court decision. And also, they want to go around the Hyde Amendment; they want to go around Mexico City policy.”

“To them, it is imperative that they — the federal government — be able to control access to abortion,” she continued. “They do not want this to be sent to the states. As the court has said, it is the jurisdiction of the state to set the regulations and restrictions around abortion. But for them, that is not good enough.”