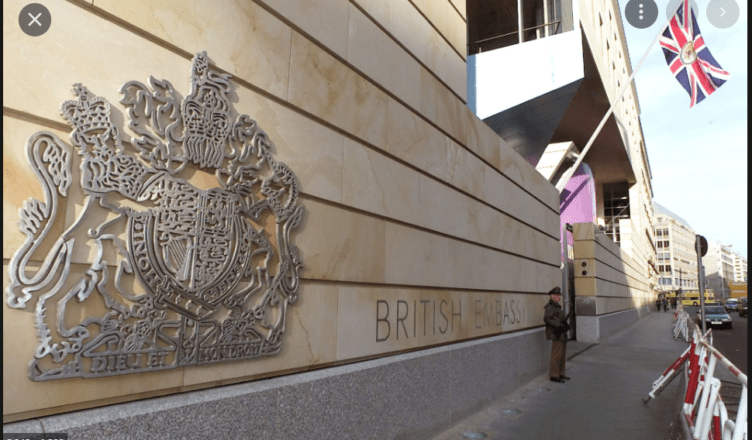 The U.K. Embassy in the U.S. was all jokes with America on Independence Day, tweeting out a Fourth of July music playlist it hoped might get the U.S. to rejoin the British Empire.

The U.K., now America’s closest ally, must thread a difficult needle every July 4th, when America celebrates gaining its independence from the old British Empire. The U.K. Embassy in Washington, D.C., tweeted that it was still heartbroken about the breakup.

“We made a Fourth of July playlist,” it wrote, adding a Union Jack and American flag separated by a broken heart emoji.

The playlist on Spotify contained only the song “Baby Come Back” by Player on repeat for more than four hours.

The embassy’s tweet came as Americans across the country celebrated the 246th year of U.S. independence.

President Joe Biden marked the day by hosting a BBQ for veteran families at the White House with first lady Jill Biden.

“The Fourth of July is a sacred day in our country — it’s a time to celebrate the goodness of our nation, the only nation on Earth founded based on an idea: that all people are created equal,” Biden wrote on Twitter.

“Make no mistake, our best days still lie ahead,” he added.

Biden later said that his thoughts are with Americans who have given their lives in service to the country.