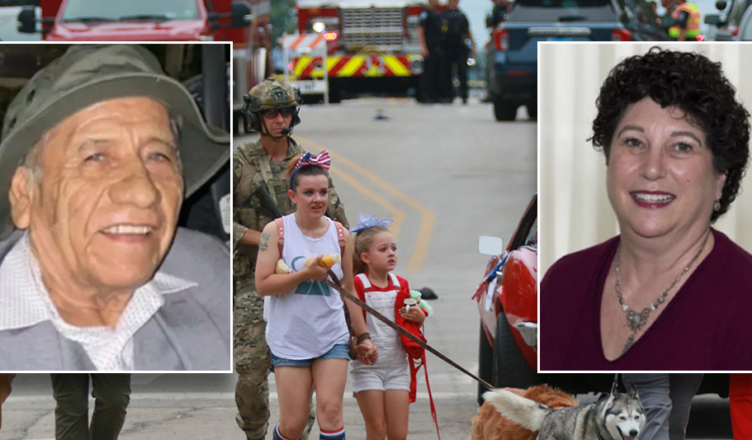 The second victim of Monday’s mass shooting at a July Fourth parade in Highland Park, Illinois, near Chicago has been identified.

Jacki Sundheim, a devout Jewish synagogue attendee, was identified by the North Shore Congregation Israel where she attended.

“It is with immeasurable sadness that we let you know that our beloved Jacki Sundheim was one of the victims murdered today at the Highland Park Parade,” the synagogue said in a statement.

he synagogue described Sundheim as a “lifelong congregant of NSCI and a cherished member of NSCI’s staff team for decades.”

“Jacki’s work, kindness and warmth touched us all,” NSCI added. “From her early days teaching at the Gates of Learning Preschool to guiding innumerable among us through life’s moments of joy and sorrow as our Events and B’nei Mitzvah Coordinator– all of this with tireless dedication. There are no words sufficient to express the depth of our grief for Jacki’s death and sympathy for her family and loved ones.”

The statement continued, “We know you join us in the deepest prayer that Jacki’s soul will be bound up in the shelter of God’s wings and her family will somehow find comfort and consolation amidst this boundless grief.”

Sundheim is survived by her husband, Bruce, and daughter, Leah, the Times of Israel reported.

Immediately following the shooting, NSCI President Jeff Echt released a statement saying the synagogue was “horrified by the sickening and senseless shooting.”

“Our hearts break for those who have been murdered and wounded, along with all of their loved ones. Our thoughts and prayers are with our entire community, our neighbors and friends, and all of the first responders and police on the scene,” the statement read.

“We join with all people of good will in our heartbreak that such senseless violence and loss of innocent human life have once again wreaked havoc, this time in the midst of our own community, neighborhood, congregation and home. This touches each of us deeply and personally; the grief, pain, and fear affect us all,” it added.

The synagogue is located on Sheridan Road in Glencoe, Illinois, neighboring Highland Park.

Sundheim is the second victim that has been identified in the mass shooting that left six people dead and at least 31 wounded.

The family of Nicholas Toledo, a Mexican native in his 70s, identified him as a victim of the shooting.

Nicolas Toledo, 73, has been identified as one of the victims of the mass shooting at a 4th of July parade in Highland Park, Illinois.  (GoFundMe)

Toledo expressed earlier in the morning that he no longer wished to attend the festival as he was concerned about his health.

He did; however, go and his granddaughter, Xochil Toledo, 23, told the Chicago Sun-Times that he was the reason the rest of the family survived.

“He was the one who saved all of our lives. It would have gone to me, my boyfriend or my cousins,” she told the outlet.

Toledo was a proud father and grandfather who enjoyed fishing, the New York Post reported. He was at the festival with about a dozen of his family members.

Law enforcement officers arrested Robert “Bobby” E. Crimo III, 22, as a person of interest in the shooting. He was captured around 6:30 p.m. Monday by the North Chicago Police Department after officers spotted his Honda Fit with a license plate matching the suspect vehicle.

Crimo was arrested after a brief pursuit and police said he has been transported to Highland Park Police Department. The FBI and Lake County Major Crimes Unit are continuing the investigation.