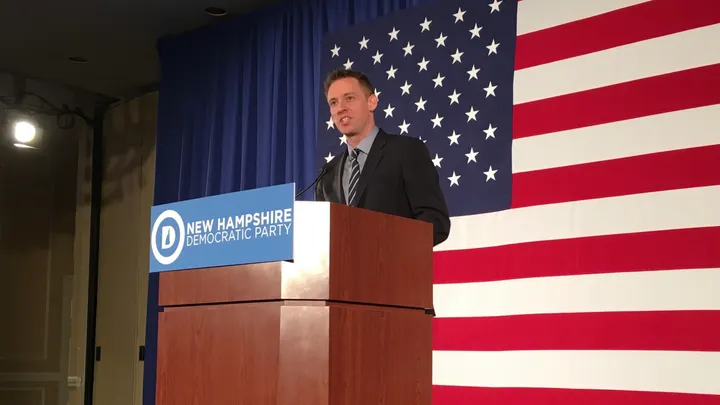 ason Kander says if his new book “INVISIBLE STORM: A Soldier’s Memoir of Politics and PTSD” had existed when his service in the military ended, “I think I would have got help pretty soon after coming home from Afghanistan.”

However, Kander waited over a decade after his February 2007 return stateside following his four-month tour as an Army intelligence officer in the war in Afghanistan before seeking treatment for the anger, fear, and insomnia that he secretly battled.

“There really are very few public examples out there of people who have had trauma, gotten that trauma treated, gone to therapy and gotten help, and then moved into a post-traumatic growth phase of their life,” Kander noted in an interview with Fox News ahead of the public release of his book on Tuesday.

Kander’s struggles were kept hidden as his political career in Missouri blossomed. He won election and re-election as a state representative before winning statewide office as Secretary of State. Additionally, Kander, a Democrat, came close to upsetting GOP incumbent Sen. Roy Blunt in 2016 in a state that was increasingly turning a darker shade of red.

Kander then founded the voting rights group Let America Vote and started flirting with a potential run for the 2020 Democratic presidential nomination, making well over a dozen trips to Iowa and New Hampshire, the first two states to vote in the race for the White House.

Even though his star continued to rise — and he received encouragement from plenty of top Democrats, including former President Barack Obama — he abandoned a potential White House run in June 2018 and changed course, launching a run for mayor of Kansas City.

However, a much more important and personal announcement followed a few months later. In early October 2018, Kander ended his mayoral campaign and said he would be stepping away from his work as a voting rights champion to seek treatment for depression and post-traumatic stress disorder (PTSD).

Kander details his inner demons as his political career soared and spotlights the importance of treatment in his candid new memoir.

“Honestly, I was ashamed of myself for all of this,” Kander wrote in his book. “To me, nothing I experienced counted as ‘trauma.’ For one thing, I had never been in a firefight.”

“I wasn’t stupid. I knew something was wrong with me. I’d known it for a while. Normal people weren’t afraid of going to sleep; they didn’t prowl their houses every night; they didn’t bar their spouse from answering the door if they weren’t home,” Kander wrote. “And what was most bewildering and frustrating was that I knew I should be happy. I had won my political race. I’d started getting national media attention.

Kander noted his self-loathing, writing that “the higher my star rose, the crueler I was to myself. As soon as someone told me how much I inspired them, I’d mentally rebut their statement, thinking what a piece of s— I was for leaving my wife and son behind so I could travel. I’d abandoned them, just like I’d left Afghanistan and didn’t go back.”

Pointing to his book, Kander told Fox News “it’s extremely candid, and it’s not like other memoirs by politicians… I didn’t package a story where I’m always the hero. There’s plenty of parts where it doesn’t reflect well on me because I didn’t think very well of myself at certain times.”

Kander said he hopes his book can help others struggling with mental illnesses.

“I am like a lot of people in that I went a lot of years thinking that [treatment] wasn’t an option. And so, I wanted to write the book that I needed all those years ago but didn’t exist,” he explained. “And what I hope people take away from it, is that PTSD is not a terminal diagnosis, either literally or figuratively. It doesn’t have to end your life or your career. You can treat it like any other injury and, and then enjoy your life.”

Kander shared that he’s in a much healthier place nowadays. “I feel like differently than I did a few years ago, and I’ve come to a point where I no longer feel like I haven’t done enough for my country, or that I have something to prove to myself,” he said.

Kander currently heads national expansion at the Veterans Community Project, which provides services and housing for those who served the country. He also serves on the board of Let America Vote as well as Giffords, the group founded by former Rep. Gabrielle Giffords which advocates for solutions to stem gun violence. Kander also served on the 2020 platform committee for the Democratic National Committee and as a surrogate for President Joe Biden’s 2020 campaign.

When asked about his own political future, Kander answered that “I’m like anybody else right now. I have a job I like, and I have my life in a place where I really like it.”

“At some point, I may develop the desire to run again for something — mayor or president or something,” he said. “I just don’t have that now. I might regain it. But right now, I just like what I’m doing.”