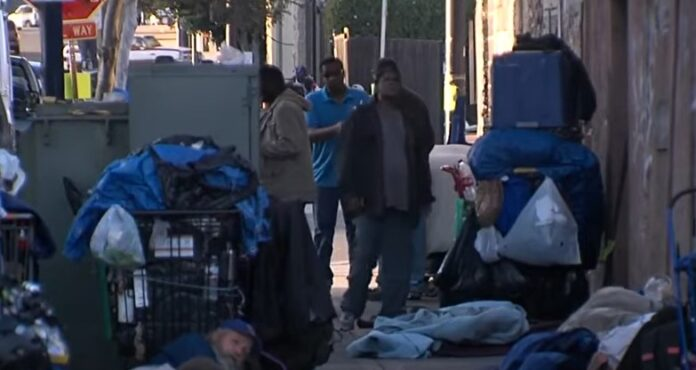 Joe Biden and the Democrats truly believe they can win midterm elections by using their radical progressive agenda as voter bait.

A recent Supreme Court decision that overturned the 1973 Roe v. Wade decision was pounced on by America’s most progressive lawmakers as a perfect campaign opportunity to convince Americans to vote blue.

However, typical of the Democrat Party, vulnerable lawmakers have demonstrated a wild lack of understanding of the issues most Americans hold dear, such as the rising cost of living and skyrocketing crime rates.

With nearly 90% believing crime will be an important midterm election issue, many Americans are repelled by President Joe Biden’s handling of the issue, once one of his bread-and-butter agenda items.

Twenty-eight years after former President Bill Clinton signed the Violent Crime Control and Law Enforcement Act of 1994, also known as the Biden crime bill, a majority rate Biden’s handling of crime and law enforcement issues as “poor,” and even more, 67%, rate it as “fair to poor.”

The latest Rasmussen Reports survey found that just 11% give the president an “excellent” rating versus the 51% that rate him “poor.”

The survey is one of several that show specific issues on which Biden is losing his grip among the public. He had already lost their faith on handling the economy and the war in Afghanistan.

All three are critical because voters see them as top election issues. On crime, Rasmussen said that 86% view it as an important consideration in the upcoming fall congressional midterm elections.

It is key to all voting groups, including Biden’s base. “More Republicans (72%) than Democrats (52%) or unaffiliated voters (49%) believe violent crime will be a ‘very important’ issue in this year’s congressional elections,” said the survey analysis.

It’s actually quite simple if you think about it for two seconds.

The American people don’t want to be robbed, or burgled, and they certainly don’t want their cars broken into.

They don’t want to see drug-addicted homeless people taking over city streets. It pains most of us to see the level of degradation and decline occurring in most once-great American cities today.

While the ‘too little too late’ theory more than likely rings true in this case, if Democrats ever want to win an election again they’d better start doing something about the crime in their cities.