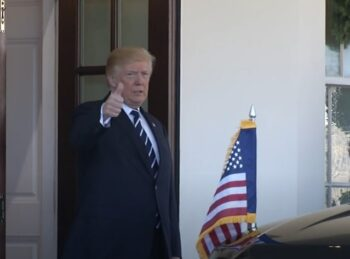 Despite all of their attempts to take down the Greatest President Ever Elected, the Jan. 6 House Select Committee must come to terms with the fact that persecuting Donald Trump for crimes related to the Jan. 6 protest will not happen.

All of their yammering and manipulated evidence still won’t be enough to convince a grand jury that Trump acted in a criminal fashion to orchestrate a so-called insurrection against the federal government, probably because it didn’t happen.

Americans are in the midst of dealing with the Committee’s show trials — a series of primetime hearings used to present so-called evidence of a plan to overthrow the 2020 election. Meanwhile, the Committee fails to show video footage of Trump urging his followers to protest “peacefully and patriotically” on that day, nor do they ask Nancy Pelosi why she waved off additional security from the National Guard.

On Sunday, top Witch Hunter and ardent anti-Trump lunatic appeared on some Fake News program in an urgent appeal to Joe Biden’s Justice Department. Schiff conceded that indicting and eventually prosecuting the Former President poses a “difficult decision” for AG Merrick Garland despite there being a plethora of evidence to prove criminal behavior.

As a key member of the Jan. 6 House Select Committee, Adam Schiff has spent his summer attempting to convince the American people of Trump’s wrongdoing in a series of primetime show trials. His efforts, along with the efforts of the entire anti-Trump Committee, have been entirely fruitless as Americans express total apathy about the whole charade. Truth is, no one cares!

However,  Attorney General Merrick Garland said he and prosecutors have been watching the hearings like lecherous little trolls waiting to pounce.

“Powerful evidence” shows Trump knew he lost the contest to now-President Joe Biden, even as he pressed allies and officials in his own government, including top brass in the Justice Department, to pursue his claims of widespread fraud, Schiff said.

Schiff said he has seen a “greater sense of urgency” from the Justice Department than he previously witnessed in regards to the Jan. 6 matter, though he noted, “I have yet to see any indication that the former president himself is under investigation.”

This follows a number of subpoenas being served to several people across multiple states in the past week. Meanwhile, Trump has slammed the Jan. 6 committee’s activities as being part of a political witch hunt.

Schiff also issued a warning about Trump-backed candidates running for state-level positions who would have oversight of the election process if Trump were to run for the White House again in 2024.

Adam Schiff explains to Chuck Todd why Trump must be investigated and prosecuted by the Justice Department, "The worst case scenario is not that Donald Trump runs and wins, but that he runs and loses and they overturn their election because there's no deterrent." pic.twitter.com/ibeHzTOwE0

This Committee isn’t interested in uncovering the truth about the 2020 election. They’re interested in eliminating Trump and his inner circle from the D.C. political circle for good.