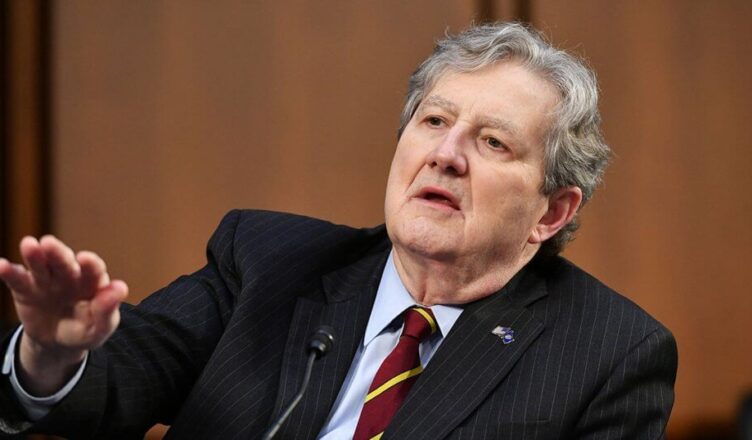 A Republican senator faulted the policies of President Joe Biden and Democratic Party leaders, saying they’re “not working” in cities.

“Not to be ugly,” Kennedy said, “but if you asked most Americans to assess your leadership, they would say something like, ‘Don’t bother to bring in the clowns, they’re already here.’” The senator’s slightly mangled lyrics referenced a 1973 Frank Sinatra song “Send in the Clowns.”

Cities like Washington, D.C., report crimes have skyrocketed in 2022. Homicides in the nation’s capitol “have increased 16 percent this year, over last year’s 14 percent increase,” the senator said. “Robberies citywide are up 32 percent, he added, and so far this year, there have been nearly 200 carjackings in D.C.”

“Los Angeles…Baltimore, Milwaukee, and Atlanta have all seen homicide numbers outpace their mark from 2021 halfway through this year, with Milwaukee seeing the largest spike of the group,” according to a Fox News report. “Wisconsin’s largest city has recorded 96 homicides as of June 17 compared to 77 at this time a year ago, a 24.7% increase.”

Kennedy recommended the leaders of urban centers besieged by crime should stop demonizing police through calls for defunding, or eliminating, law enforcement. He said the next logical step would be to empower officers.

“Too many of our mayors think that cops are more of a problem than criminals,” the senator remarked, noting they are wrong. “Empower your cops, pay them, hire more of them, stand behind them when they have to do their jobs. Tell them to enforce all of our laws, the big ones and the little ones.”

The third leg of his stool he builds his policy advice on is education.

“We have to ask ourselves why is it that these young offenders are more likely to grow up and go to prison than get married or own a home?” Kennedy commented. “Now, there are several reasons, but I’ll give you one: their schools suck.”

He urged mayors to act courageously to fix schools because every child has the ability to learn, if given the chance.

“The new rule ought to be: ‘I don’t care how old you are, you’re not getting out of the third grade until you can read.’”