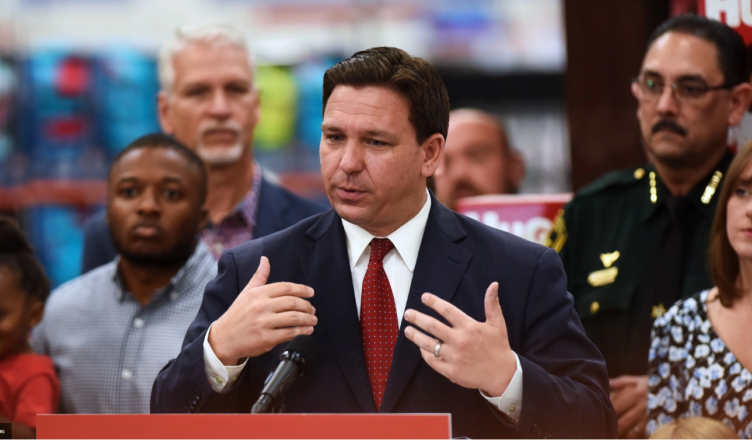 A Florida judge temporarily blocked a new 15-week abortion ban days after it took effect in the state.

However, a state appeal means the court’s order has automatically been stayed, keeping the law in place for the time being.

“In a lengthy ruling issued Tuesday, Leon County Circuit Court Judge John Cooper stated that the recent Supreme Court decision in Dobbs v. Jackson Women’s Health Organization – which overturned Roe v. Wade – has no bearing on this case. That is because while Roe was based on the idea of a right to privacy that is not explicitly in the Constitution, the Florida state constitution specifically does include a right to privacy,” Fox News reported.

“The right to privacy under the Florida Constitution is ‘much broader in scope’ than any privacy right under the United States Constitution,” Cooper wrote.

“Cooper cited other past cases, including a 2003 Florida Supreme Court case that said it would be wrong to compare federal and Florida privacy rights ‘in light of the fact that there is no express federal right of privacy clause.’ As a result of the state right being expressly written into the state constitution, Cooper said there is a higher level of scrutiny, and that ‘any law that implicates the fundamental right of privacy is … presumed to be unconstitutional,’” the Fox report added.

Florida Gov. Ron DeSantis’s office said in a statement that they are “disappointed” with Cooper’s ruling but were confident that the law will remain in place.

“The Florida Supreme Court previously misinterpreted Florida’s right to privacy as including a right to an abortion, and we reject this interpretation,” the statement said. “The Florida Constitution does not include–and has never included–a right to kill an innocent unborn child. We will appeal the ruling and ask the Florida Supreme Court to reverse its existing precedent regarding Florida’s right to privacy. The struggle for life is not over.”

The court voted in favor of overturning Roe v Wade, the landmark case that legalized abortion.

In early May, a draft majority opinion written by Justice Samuel Alito was leaked to Politico and it set off a firestorm.

“Roe was egregiously wrong from the start,” Alito wrote in the leaked draft.

“We hold that Roe and Casey must be overruled,” he wrote in the document. “It is time to heed the Constitution and return the issue of abortion to the people’s elected representatives. We, therefore, hold the Constitution does not confer a right to abortion. Roe and Casey must be overruled, and the authority to regulate abortion must be returned to the people and their elected representatives.”

Shortly after the May 2nd leak, Chief Justice Roberts ordered the marshal of the court to probe the incident and find out who was responsible for it. At the time, Roberts said the intent of the leak was to “undermine the integrity of our operations.”

“It will not succeed,” he pledged.

She went on to suggest that “pressure to get to the bottom of the leak may wane” now that the court has issued its opinion on Dobbs.

“Unfortunately, a failure to identify and punish the culprit will only incentivize future leaks — serving to undermine the functioning of the Court and potentially endanger the justices,” she added.

Texas GOP Sen. Ted Cruz also offered his opinion of who he believes the “leaker” could be.

To those points, the leak prompted attacks on Catholic churches, according to a Catholic Vote tracker, as well as dozens of pro-life pregnancy centers around the U.S.

Also, one man traveled across the country from California to Supreme Court Justice Brett Kavanaugh’s home with the original intention of assassinating him. Thankfully, he called the police and turned himself in before attempting to do anything.

The man admitted to authorities that he sought to kill Kavanaugh.