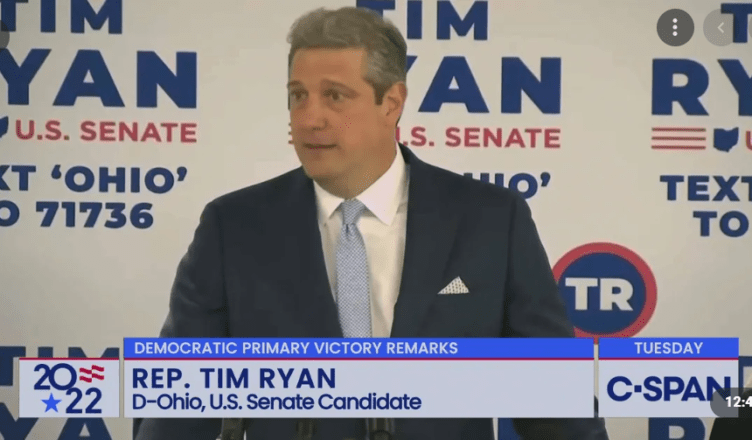 Ohio Senate Democratic nominee Rep. Tim Ryan will not appear alongside President Biden on Wednesday in Cleveland when the commander-in-chief visits to discuss a program benefitting union workers.

Ryan’s campaign says the candidate will be a no-show due to an unavoidable scheduling conflict – the same explanation given by Democratic gubernatorial nominee Nan Whaley’s campaign.

The absences from candidates in tough elections at the Biden event suggests some hesitancy to appear on stage with a president whose has low poll numbers – amid record inflation.

In addition, Biden in 2020 lost to incumbent GOP President Trump roughly 53-to-45% in Ohio, a traditional labor union state.

The address will primarily be aimed at appealing to blue collar voters.

Biden will speak at the Iron Workers Local Union No. 17 Training Center, where he will announce an administrative move that will result in benefits going to 2-3 million workers and retirees.

“Ryan has worked in lockstep with Biden to destroy our economy and Ohio’s middle class is suffering today because of it,” he said “But now, for the second time in two months, Ryan is refusing to be seen in public with his own party’s president.”