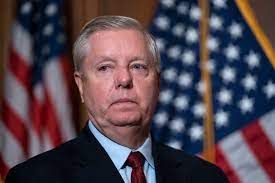 “Senator Graham plans to go to court, challenge the subpoena, and expects to prevail,” lawyers said.

Lawyers for Sen. Lindsey Graham say the South Carolina Republican will fight the subpoena issued Wednesday by Georgia prosecutors investigating the conduct of former President  Trump and his allies after the 2020 election.

Former New York Mayor Rudy Giuliani and other members of Trump’s campaign legal team also are going to be subpoenaed.

Fulton County District Attorney Fani Willis said Tuesday she was filing petitions for the subpoenas with the judge overseeing the special grand jury that is part of her investigation into alleged an alleged “multi-state, coordinated plan by the Trump Campaign to influence the results of the November 2020 election in Georgia and elsewhere,” according to the Associated Press.

Graham’s attorneys argued against the subpoena on constitutional grounds and said it jeopardizes their client’s ability to carry out his elected-office duties.

“Should it stand, the subpoena issued today would erode the constitutional balance of power and the ability of a member of Congress to do their job,” they said.

Graham is not the target of any investigations but was referred to as a “necessary and material witness.”

“This is all politics,” Graham’s lawyers also said. “Fulton County is engaged in a fishing expedition and working in concert with the January 6 Committee,” referring to the Democrat-led House committee investigating the Jan. 6, 2021, Capitol riot.

Senator Graham is asked to testify concerning inquiries he made to the Georgia Secretary of State Brad Raffensperger, whose office oversees statewide elections.

Raffensperger previously told The Washington Post that Graham asked him whether or not he had the power to eliminate ballots from counties where there were signature irregularities.

Raffesnperger said he was “stunned” that Graham would suggest such a thing.

“As chairman of the Senate Judiciary Committee, Senator Graham was well within his rights to discuss with state officials the processes and procedures around administering elections,” his lawyers said.