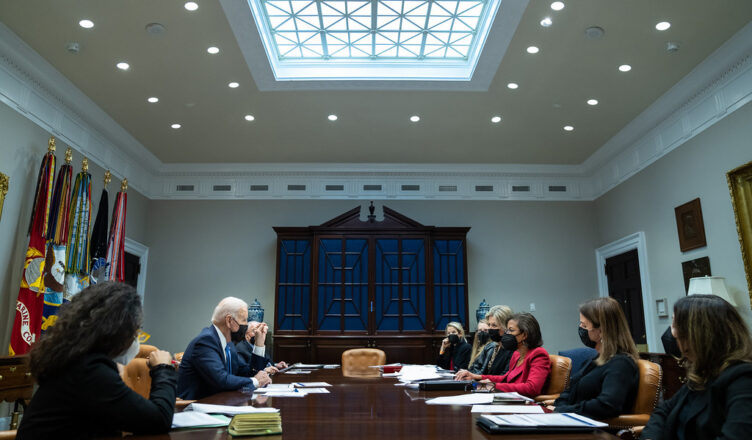 After criticizing President Donald Trump’s handling of migrants and himself being sued last year over the substandard treatment of migrant children, the Biden administration now faces criticism from the Homeland Security inspector general for poor conditions at a migrant processing facility.

During an inspection of the Immigration and Customs Enforcement (ICE) processing center in Folkston, Georgia, the inspector general found “violations that compromised the health, safety, and rights of detainees.”

The state of the facility stands in stark contrast to Biden’s campaign pledge to “enforce our immigration laws with dignity.”

The facilities are described as “unsanitary and dilapidated, with torn mattresses, water leaks and standing water, mold growth and water damage, rundown showers, mold and debris in the ventilation system, insect infestations, lack of access to hot showers, inoperable toilets, an inoperable thermometer display on a kitchen freezer, and an absence of hot meals.”

The facility did not exercise proper precautions against COVID-19. Detainees were also not provided with adequate mental health care nor with specialty treatments.

Additionally, the watchdog found “Folkston did not provide timely or complete responses to detainee grievances and requests,” nor did it “consistently provide required services to detainees in segregation and inappropriately handcuffed detainees.”

The migrants were unable to air their grievances on federally required forms and when they did send in a request, ICE did not respond consistently, the inspector general noted, adding that the facility was understaffed and unable to “ensure proper detainee oversight.”

The report includes photographs of torn mattresses and worn down bedding. Other pictures show “pervasive” mold throughout the facility, insect infestations, and leaking toilets and sinks.

More than 125 detainees were unable to shower with hot water, the report stated.

President Joe Biden specifically called out the Trump administration in 2019 for not providing migrant children with beds or allowing them basic hygienic care.

The DHS inspector general made 13 recommendations to the facility, all of which were resolved and closed, except for one which was resolved and left open. The one left open involves the staffing shortage as the facility is still attempting to hire new workers.