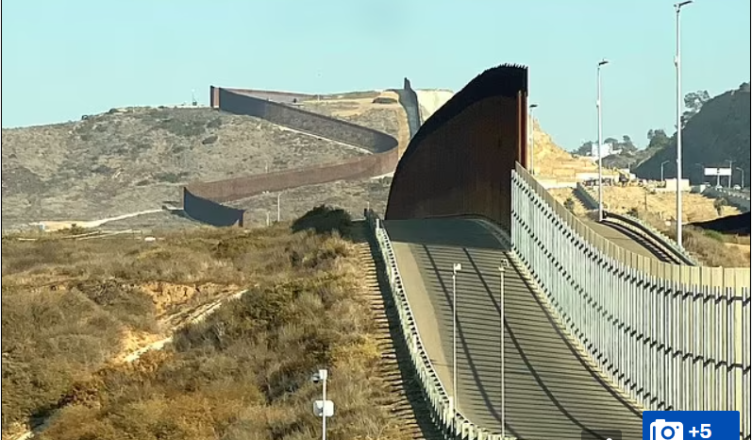 The Biden administration has approved a Trump-era project finishing a section of the southern border wall in the western-most point of the U.S. along the border with Mexico in California.

Completion of this project will lead to the permanent closure of the U.S. side of Friendship Park, which is a binational spot between San Diego and Tijuana where separated families could meet and touch without a wall between them.

Department of Homeland Security (DHS) Secretary Alejandro Mayorkas approved the designs, which were initially authorized by the Trump administration in the budget for Fiscal Year 2018.

The project will replace existing barriers with two 30-foot walls across Friendship Park. These style walls started being added to the park during the Trump administration, but will be further extended through the park.

‘U.S. Border Patrol says they are just ‘replacing walls’ at Friendship Park, but the proposed construction amounts to a permanent closure of the U.S. side of this historic location,’ said John Fanestil, who is the convener of the Friends of Friendship Park coalition based in San Diego.

Fanestil further condemned the president and the project his administration approved: ‘Joe Biden should not be putting the finishing touches on Donald Trump’s border wall at Friendship Park.’

Current plans do not include an entrance for pedestrians on the secondary wall, meaning that while people on the Mexican side can get to the park, the U.S. side of the park will no longer be accessible to people wishing to meet up with those on the southern side of the U.S.-Mexico border.

On Day One of his time in office, Biden signed an executive order halting all border wall construction following his campaign promise that ‘not one more inch of wall’ would be built.

However, the Biden administration has more recently approved projects at multiple locations along the border, maintaining that the construction is to ‘replace’ existing wall despite using Trump-era designs.

The projects prevail as migration at the southern border continues to surge despite the White House repeatedly insisting that the border is closed, urging migrants not to make the dangerous trek.

June figures have not yet been released, but May saw a fourth straight month of migrant crossing increases at the southern border with Customs and Border Protection encountering 239,416 illegal border hoppers.

The latest figure is the most so far under the Biden administration and at least a two-decade high in migration at the southern border.

Last month, a sweltering semi-truck full of dead and ailing migrants was found abandoned at the side of the road near San Antonio, Texas. Of the migrants being smuggled, 53 died and several others were in critical condition.

The deadliest human smuggling incident in U.S. history has led to more urgency for action at the southern border, with lawmakers on both sides of the aisle pointing fingers back at each other.

Republicans claim that Biden’s lax immigration policies have led to these type of tragedies, while Democrats blame Trump and the GOP for pushing and implementing strict laws at the border that force migrants to seek illegal ways over.