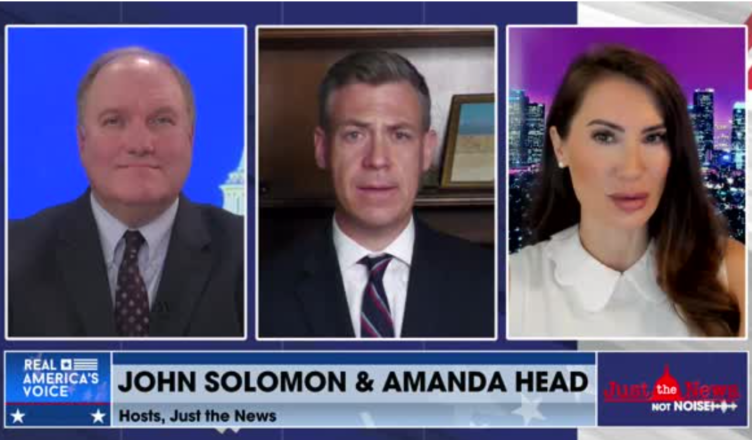 Rep. Jim Banks (R-Ind.), chairman of the Republican Study Committee, fired off letters over the last week to the presidential protection agency and Cipollone, asking that they provide equal access to GOP investigators as they have given to the House Democrat-led panel as well as any records the service gave the Jan. 6 committee.

“As you know, Speaker [Nancy] Pelosi made the unprecedented decision to block two of Minority Leader McCarthy’s appointments to the January 6 Select Committee, so it lacks minority representation,” Banks wrote Secret Service Director Brian Murray in a letter dated Thursday. “As a result, Republicans are conducting our own investigation into the security failure at the Capitol, and Republicans on the House Administration Committee have announced a forthcoming investigation into the January 6 Select Committee’s conduct.”

One particular area of interest, Banks wrote, is Hutchinson’s claim that Donald Trump lunged for the steering wheel in the presidential limousine in an effort to force his Secret Service detail to take him to the U.S. Capitol on Jan. 6., an account disputed by the former president as well as Secret Service sources.

Banks asked for access to Assistant Director Anthony Ornato and Special Agent Robert Engel, who oversaw Trump’s security detail, as well as other Secret Service agents in the limousine on Jan. 6 to question them about Hutchinson’s account.

“According to a U.S. Secret Service spokesman, the January 6 Select Committee did not ask Secret Service personnel to reappear before the Committee or submit written responses corroborating the disputed testimony before Tuesday’s hearing,” his letter stated. “According to a previous statement from the U.S. Secret Service, the agency: ‘fully support[s] and are cooperating with the committee’s work. Employees, documentation, whatever is requested by the committee, we have cooperated with.'”

In a statement to Just the News, Banks said Wednesday night he was appealing to the Secret Service’s long tradition of bipartisan fairness.

“Reports have indicated both Tony Ornato and Bobby Engel are willing to testify to Congress about Cassidy Hutchinson’s accusations,” Banks said. “The Select Committee doesn’t want to hear their firsthand accounts, but I do.

“Secret Service leadership must treat each party equally and remain above politics. They must let their agents participate in voluntary interviews with Republicans if the agents choose to. All I am asking for is the same treatment they gave the Democrats,” he added.

Banks also signaled an additional area of inquiry in letters to Trump’s former White House counsel and the Secret Service’s parent agency, the Homeland Security Department: whether Cipollone was present in the White House the morning of Jan. 6 when Hutchinson claimed to have had conversations with Cipollone and other senior advisers to Trump.

“I am requesting the Department of Homeland Security (DHS) review White House gate logs, surveillance video, and all other records that could indicate which of these senior staff were present at the White House during the times referenced in Ms. Hutchinson’s attached testimony.”

In his letter to Cippolone, Banks asked the former White House counsel to answer four questions in writing:

House Republicans are planning to release their own report on what happened Jan. 6, raising questions about Pelosi’s stewardship of the security apparatus that failed that day and assembling evidence that challenges some of the more sensational claims the Jan. 6 panel has made public, many of which have been factually challenged already.

For instance, the committee alleged that Rep. Barry Loudermilk (R-Ga.) led a reconnaissance tour of the Capitol the day before the deadly riots with some of the eventual rioters.

But Capitol Police, in a letter obtained by Just the News last month, reported security footage shows Loudermilk never even entered the Capitol that day and only gave a routine tour for constituents that did not involve any suspicious or untoward behavior.