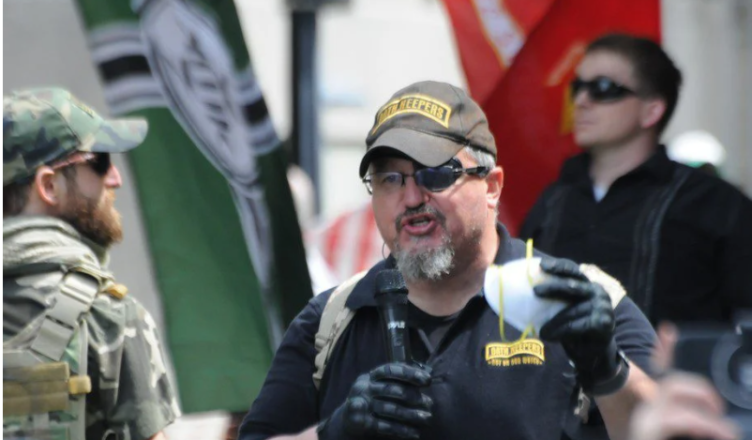 This is breaking news —
This morning The Gateway Pundit received a call from James Lee Bright, the attorney for Oath Keepers founder and president Stewart Rhodes.

Just moments ago Attorney Bright spoke with their client Stewart Rhodes from his inside prison in Alexandria, Virginia.

Stewart Rhodes has agreed to waive his Fifth Amendment rights and testify before Liz Cheney and the January 6 Committee BUT ONLY if they will allow him to testify live.

** Please donate to the Stewart Rhodes Legal Defense Fund here if you can.

Stewart Rhodes is clear that he does not want his testimony pre-recorded. He knows the committee has a reputation of using fraudulent witnesses and fake evidence. He is not willing to be part of the sham.

Rhodes is willing to testify as early as the next planned hearing on Tuesday, July 12th.

He wants to confront the committee LIVE and IN PERSON.

If the committee agrees to these simple requests Stewart Rhodes is willing to testify before their show trial.

Stewart Rhodes wants the committee’s false narrative to be met with the truth.

** Please donate to the Stewart Rhodes Legal Defense Fund here if you can.

The government arrested Oath Keepers founder Stewart Rhodes for his role in the Jan. 6 protests. Stewart told members of the Oath Keepers to leave their weapons in their hotel rooms. Stewart did not enter the US Capitol. He told his members NOT to enter the US Capitol. Despite this, Stewart has been sitting in prison for months and the Biden DOJ is threatening him with life in prison.

Stewart was moved from Dallas to Oklahoma and to Alexandria, Virginia where he is now being held.

Rhodes was arrested in January and was the first person charged with seditious conspiracy by the regime.