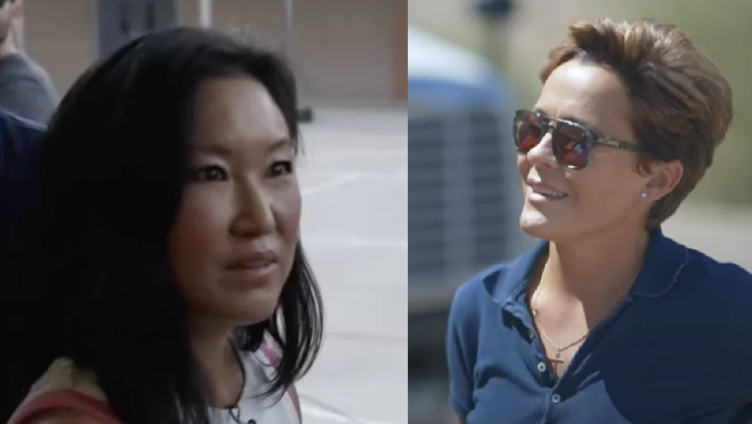 In the video, Lake, a former Fox News anchor, shakes hands with Lah before pointing out that the CNN reporter doesn’t “have a mask on any more” — a barbed reference to an interview in October 2021 when Lah falsly smeared the Trump-backed GOP candidate as a “rising star of the right wing and proud spreader of lies.”

Asked if she has “a minute to chat,” Lake replies, “I’ll do an interview as long as it airs on CNN plus. Does that still exist? I didn’t think so, because the people don’t like what you guys are peddling, which is propaganda. Thank you.”

“Yeah, that’s perfect,” Dave said after watching the video. “Three hundred million dollars. That is how much money CNN put into CNN plus, and it failed within a month. … No matter how much money they pump into their lies, people know they are lies. I believe we have something internal in us that knows what time it is, and sometimes you can get confused, and sometimes they can spin the clock so you really have no idea, but at the end of the day I believe that the truth prevails.”

To enjoy more honest conversations, free speech, and big ideas with Dave Rubin, subscribe to BlazeTV — the largest multi-platform network of voices who love America, defend the Constitution, and live the American dream.