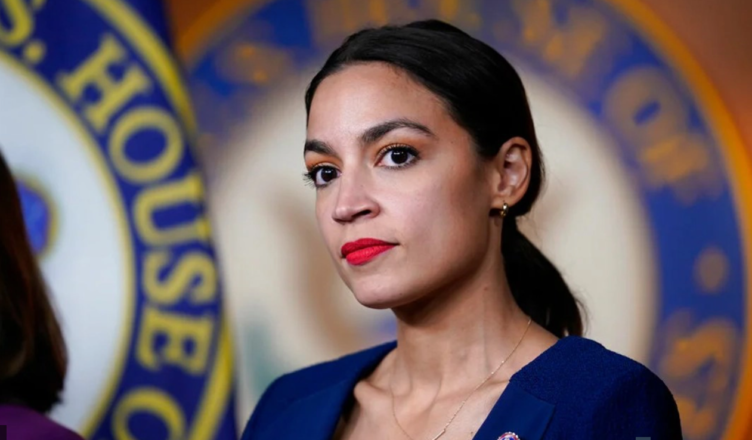 Fines are piling up for New York Democrat Rep. Alexandria Ocasio-Cortez over her failure to resolve a state tax warrant filed against her defunct business five years ago.

Ironically enough, the socialist lawmaker who wants to raise taxes on many Americans apparently has refused to pay her own taxes.

“New York state filed a tax warrant against Brook Avenue Press, a children-focused publishing house Ocasio-Cortez founded in 2012, on July 6, 2017, to collect $1,618 in unpaid corporate taxes. Ocasio-Cortez has yet to pay a penny of her overdue corporate taxes, causing the current balance of the tax warrant to swell by 52% to $2,461 as of Wednesday afternoon,” the Washington Examiner reported.

AOC argued in 2019 that she was unaware of the tax warrant against her former business until after she was sworn into Congress in January of that year.

“The congresswoman is still in the process of contesting the tax warrant. The business has been closed for several years now, and so we believe that the state Tax Department has continued to collect the franchise tax in error,” Ocasio-Cortez spokeswoman Lauren Hitt told the New York Post in May 2020.

“As anyone who’s tried to contest a tax bill in error knows, it takes time,” Hitt added.

Ocasio-Cortez identified herself as the founder of Brook Avenue Press in her 2018 financial disclosure filed with the House. Ocasio-Cortez presumably has the means to pay back her overdue business taxes. The lawmaker has raked in a combined $522,000 before taxes from her congressional salary during her first three years in the House of Representatives.

In one of her first moves as a member of Congress, Ocasio-Cortez called for tax rates up to 70% for high-income earners to fund her sweeping Green New Deal climate policy proposal.

Back in April, it was reported that Ocasio-Cortez’s 2018 campaign, along with her former chief of staff, failed to disclose roughly $1 million in expenses.

The Federal Election Commission released the filings following a two-year probe amid allegations that AOC’s former chief of staff, Saikat Chakrabarti, funneled the expenditures through a pair of political action committees.

However, despite the FEC’s findings, the agency’s six-member panel nevertheless decided to dismiss a complaint that had been lodged against the self-described New York democratic socialist by the National Legal And Policy Center in March 2019.

“The FEC has gone after a whole host of people whose violations are dwarfed by the scale of this scheme,” said Paul Kamenar, NLPC counsel. “It appears to be not prosecutorial discretion, but prosecutorial favoritism.”

The group’s complaint alleged that Ocasio-Cortez’s campaign treasurer, Frank Llewellyn, along with Sakrabarti and others funneled more than $1 million in political donations into two firms that were controlled by Sakrabarti.

Those cash transfers from two political action committees to Brand New Congress and Justice Democrats may have violated the $5,000 contribution limit to federal candidates, the original complaint alleged.

The FEC waited for more than 30 days to publicly disclose their investigative findings, according to the NLPC, perhaps in an effort to avoid a legal challenge, a spokesman for the NLPC said.

“It was highly irregular for the FEC to release its statement of reasons after the deadline for us to file suit,” observed Tom Anderson, director of the NLPC’s Government Integrity Project

He went on to add that the group did not wait for the agency’s findings before filing a legal challenge.