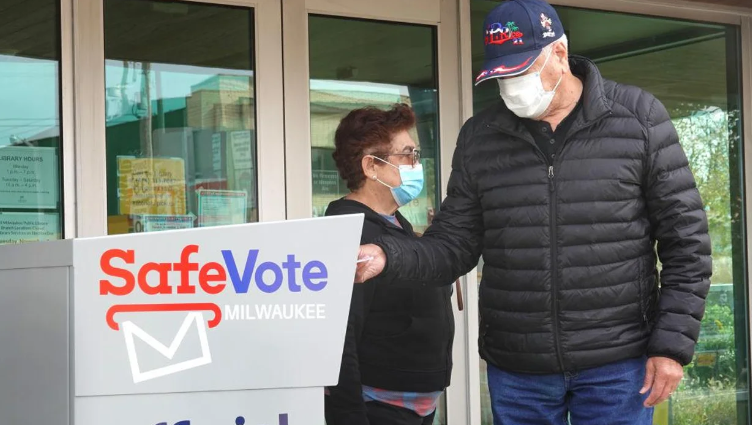 Wisconsin’s Supreme Court on Friday ruled that absentee ballot drop boxes are illegal under state law, delivering a win for conservatives challenging the Wisconsin Elections Commission and a blow to state Democrats.

The court’s 4-3 decision is a win for Republicans and the conservative Wisconsin Institute for Law and Liberty, a legal group that had challenged guidance the elections commission issued in 2020 instructing election clerks to encourage the use of absentee ballot drop boxes for the presidential election.

The decision means that absentee drop boxes cannot be used for the Aug. 9 primary election and this November’s midterm election. It also has important consequences for the 2024 presidential election. President Joe Biden defeated Donald Trump by fewer than 21,000 votes in the 2020 election, and Wisconsin will be a critical battleground state in a potential rematch.

Absentee and mail-in voting were widespread during the 2020 presidential election because of the COVID-19 pandemic. Battleground states like Wisconsin controversially rushed to adopt new election rules to accommodate pandemic restrictions, including the use of drop boxes for voters to return mail ballots.

In 2020, the Wisconsin Elections Commission issued memos to election clerks in March and August, instructing them that absentee ballots did not need to be mailed or delivered in person by a voter to the municipal clerk but could instead be placed in a drop box. The commission said those drop boxes could be unstaffed, temporary, or permanent.

Democrats, who historically have held an advantage among voters who mail in ballots, welcomed the rule changes, while Republicans objected that widespread mail-in voting could make it easier to commit fraud.

There were at least 500 drop boxes set up in Wisconsin for the 2020 election, including more than a dozen each in the Democratic strongholds of Madison and Milwaukee Counties, according to the Associated Press.

But the Supreme Court said Friday that only the state legislature has the power to change election laws and permit absentee drop boxes — not the unelected bureaucrats on the commission. Since Wisconsin election laws “require that to return an absentee ballot in person, voters must personally deliver their ballot to the clerk or the clerk’s authorized representative,” drop boxes are impermissible.

Rick Esenberg, president of the Wisconsin Institute for Law and Liberty, said the court’s decision “provides substantial clarity on the legal status of absentee ballot drop boxes and ballot harvesting.”

“While the question of whether an agent may mail an absentee ballot remains open, Wisconsin voters can have confidence that state law, not guidance from the Wisconsin Elections Commission, has the final word on how Wisconsin elections are conducted,” he said.